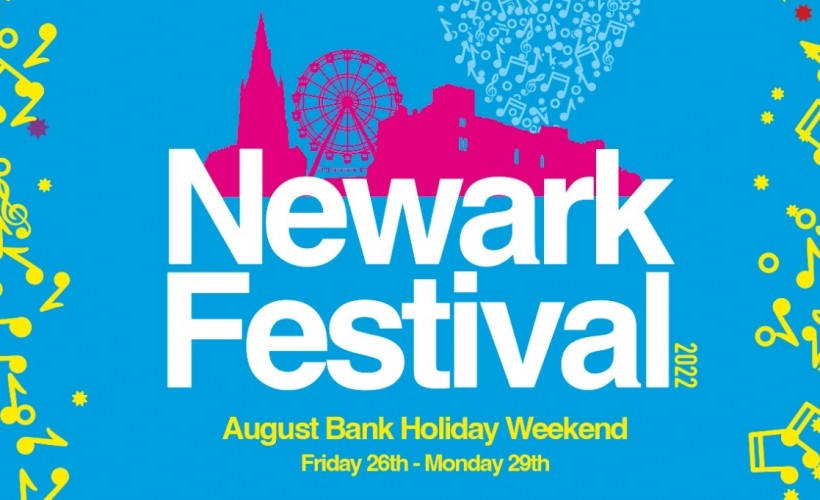 One of the most successful chart acts of their era, McFly will headline this year’s festival. With seven UK number-one singles, six top-ten albums, six sell-out tours, four million tickets and ten million albums sold worldwide, McFly are without question one of the most significant British pop acts of the twenty-first century. On confirming that they will headline the festival McFly said ‘We’re stoked to be playing Newark Festival this summer, we’re desperate to get out and play to our fans! Whilst we’ve been trying to keep in contact with our fans online, nothing’s the same as being on stage! Bring it on -see you in August!’

Joining McFly is Gabrielle. The Masked Singer Star made an immediate impact when her debut single ‘Dreams’ spent three weeks at #1 in the summer of 1993. Her second #1 single, ‘Rise’, followed in 2000 and was embraced by fans as an anthem that helped them inspire them to keep the faith that better days would follow in the future. Her catalogue of hits includes a further eight Top 10 hits, notably ‘Out Of Reach’ (which featured in ‘Bridget Jones’s Diary’), ‘If You Ever’ (with East 17) and ‘Give Me A Little More Time’. More recently, her new Album Do It Again charted at No.04 in the UK album charts.

Vernon Kay will entertain the Festival Family with a DJ set. A huge personality of TV, and Radio, Vernon will play some of the 80’s and 90’s classics to really get the festival party started.

And completing your 2021 Festival line up is Tottenham born singer, songwriter and producer - Lemar. Lemar has notched up an impressive seven top 10 singles and has well over two million album sales under his belt. A double Brit Award and triple MOBO Awardwinner who has shared the stage with many of music’s greats, from Lionel Richie & Beyonce to Mariah Carey & Justin Timberlake. His most notable singles include, “Dance With You”, “50/50”, “Time To Grow” and "If There's Any Justice", which spent four months in the UK Singles Chart.


Liz Doogan-Hobbs MBE - Liz Hobbs Group CEO. “We are thrilled to be announcing the line-up for Ellis Mather Presents Newark Festival2021. The festival is one of the highlight’s of the summer for us and we missed it terribly last year - as I’m sure the rest of Newark did! We can’t wait to see all the smiling faces, and the fun we all have at Riverside Park n August. The strong revised line up means we’re going to have such party, and although we have had to condense the festival into a one day event, I know the Newark public will make this one of the best Festival’s yet!

Alan Mellor, Town Clerk said: “The Town Council is delighted to once again support the Newark Festival. Since its return in 2012 the Festival has become one of the highlights of the town’s cultural calendar, it is brilliant that it is returning after the loss of live music over the last year due to the coronavirus. This year’s Festival has a fantastic line up and I am sure will bring a much needed dose of entertainment and normality back to our lives. The Newark Festival is the ‘anchor’ and highlight of the summer events programme for the town and enables us to attract visitors who, in turn, spend in our shops, bars, restaurants and overnight accommodation. Our town centre is outstanding and we want more and more people to come and discover Newark and contribute to our economy. The Festival provides an opportunity for us to showcase our beautiful town to visitors from across the region. I would thank the local community for supporting the Festival over the last few years and hopefully this support will continue this year and we can make it a memorable and successful event.

I enjoyed it immensely. The support especially the feeling were fantastic.

Friday night was amazingly!! Made a change to all 80's. Please do something like that next year

We found that Friday was less people but the atmosphere was on fire, Saturday more people was expecting a brilliant night but never seemed to get there, so my opinion Friday was way better

Friday night was just brilliant. Such a good atmosphere. Yes drinks are expensive, but it's expected now. Hope they do some dance acts again next year.

We had a great time at Newark Festival on Saturday!! Food and drink stalls were good and friendly staff serving too. Fleur East, UB40 and The Original Wailers were fantastic and to top it off the weather was hot and sunny! Thank you Newark!

That's all we have for Newark Festival! Check out their upcoming shows