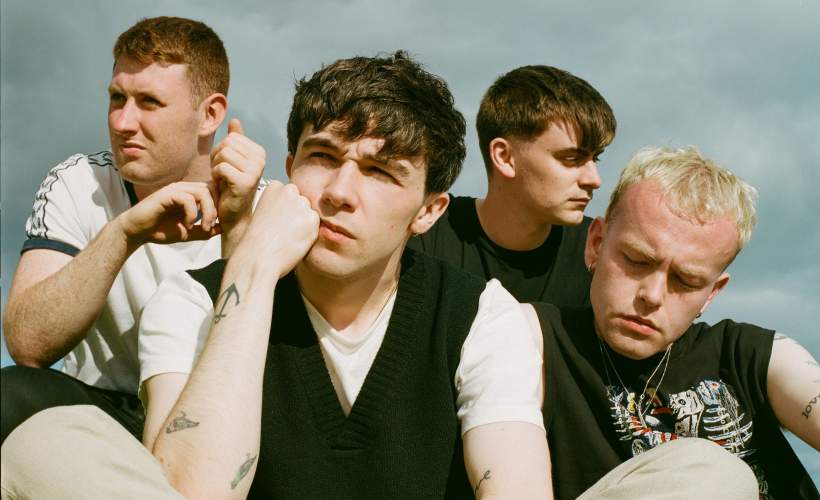 milk. are a four-piece alternative pop band based in Dublin. They implement the use of nuanced electronic production, even for moments in their most subdued and intimate songs, to create a distinctive, cohesive and expansive sound.

Their songs have been featured in prominent Spotify playlists such as New Music Friday UK, Indie Pop, All New Indie, Fresh Finds, Soda and Hot New Bands amongst others. The band has been touted as ones to watch by tastemakers such as Zane Lowe, Rolling Stone, CLASH, Earmilk, DORK, Ones to Watch, Coup de Main and The Line of Best Fit. Their last EP was supported by BBC Music Introducing, BBC Across the Line, KEXP, RTE 2FM and SPIN South West.

milk. have quickly become a buzzing new act to see live in the UK and Ireland, selling out the Camden Assembly in London and Academy 2 in Dublin. The band supported Orla Gartland on her recent summer tour in Ireland.

"Human Contact" is the second single off their forthcoming project coming early 2023 right before they kick off their next headline tour.

That's all we have for milk.! Check out their upcoming shows