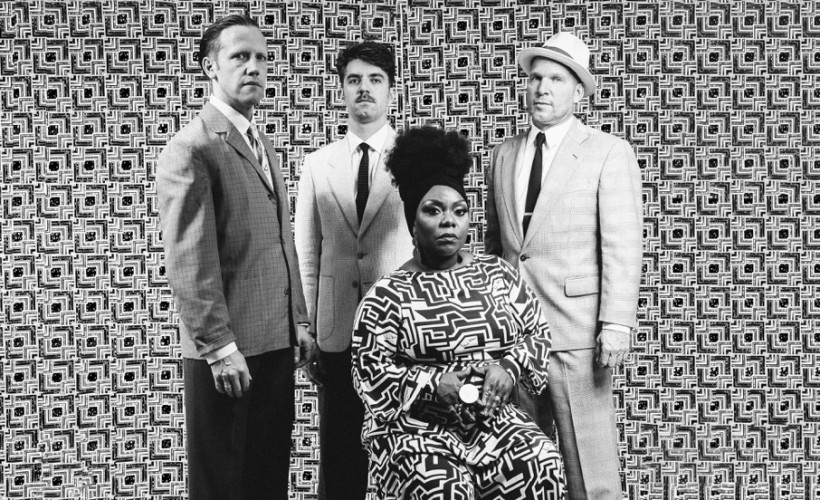 Nothing short of a miracle was the past year and a half for Michelle David & The True-tones*
(FKA Michelle David & The Gospel Sessions). After releasing their album, ‘The Gospel
Sessions Vol. 3’ they were nominated for an Edison Award (The Dutch Grammy), chosen for
album of the month by French radio network FIP, made an appearance on prime time German
national TV as well as Dutch national TV. Being invited to perform for the King and Queen of
the Netherlands for Liberation day was definitely a highlight. All while roaming the continent
(even a short and sweet meet with Africa).
Journeys are greatly influential for all of us and this is especially the case with Michelle David &
The True-tones; who are on their odyssey reaching many levels. Their musical journey exploring
the roots took them to the caribbean: reggae/calypso ‘Oh My My’, Africa ‘R’Fissa’ which was
written after their trip to Morocco and ‘Myshel’, ‘You Are’ give you the feel of Nigerian Afro Disco
and Afro Beat. This album has also paid tribute to Soul music with sounds of Northern Soul,
Boogaloo, Afro Soul with a combination of Chicago and Memphis Soul. Under the impact of
these influences they found their true genre - Rhythm and Gospel.
Vol 3 theme was one of hope, strength and empowerment which was exuded throughout the
tour. During this period there was also a very personal occurrence, a tragedy unfolding. To
everyone’s shock, Michelle was diagnosed with breast cancer. Tremendous support, a positive
attitude with both a firm and courageous will rendered a successful recovery. The new keyword
for Vol 4 became Victory! The lyrics are of a celebratory fashion that is engulfed with positive
affirmations. The end result personally and musically are triumphant.
Having all these profound influences and events behind them, this album is the most colourful
and diverse piece of work they’ve created so far. While holding fast to their core essence of
being authentic and organic it was important for them to further develop their growth.
Incorporating more strings, percussion as well as horns and even analog synths has helped to
evolve Michelle David & The True-tones as a complete band.
“Feeling good and allowing yourself the freedom to “Let Go” is without question the foundation
of each and every song. The evolution of Michelle David & The True-tones is inspiring, exciting
and life changing .” - Michelle David.
*On April 23rd 2021, the band changed their name to ‘Michelle David & The True-tones’. The
new name allows them to continue expanding and integrating more musical influences that
compliment their style. The band assures fans and those alike that although the name changes,
the substance remains the same. This desire is to bring people the true message of music
which is LOVE, UNITY and TOGETHERNESS!