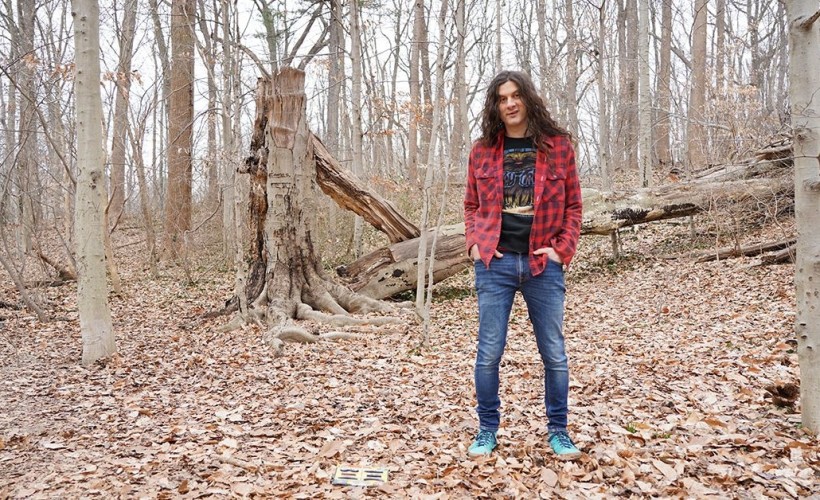 Kurt Vile is the lo-fi country star with the slacker sound which has taken him to worldwide fame.

You can see Kurt Vile & The Violators later this year, when they head to the UK to play Concorde 2 at Brighton, O2 Shepherds Bush Empire in London and Manchester Albert Hall in November 2018.

The demand is high with fans all wanting to get their hands on Kurt Vile tickets so it is best to get yours booked before they are all gone. You can place your gig tickets order with Gigantic 24/7 using your tablet, smartphone or computer.

With interest so high, it makes sense to set a personal reminder with Gigantic right now. That way, we can alert you with a text message or an email shortly before they are released at 10:00 on Friday 27th of April.


Philadelphia songwriter Kurt Vile was already recording himself at home by age 14, shortly after his bluegrass-loving father purchased him a banjo to encourage his youthful creativity. By age 17, Vile was self-releasing cassettes of his home recordings, which in the earliest days were strongly influenced by the raw slacker pop of the Drag City roster. He would continue to record prolifically, releasing cassettes and CD-Rs of his solo material while holding down a day job as a forklift operator.

By 2011 he had signed to Matador for the release of his more subdued fourth full-length, Smoke Ring for My Halo. This was Vile's best-received work yet, charting on Billboard and meeting with across-the-board critical praise. Ever prolific, Vile released the So Outta Reach companion EP; appeared as a guest on his former band the War on Drugs' second album, Slave Ambient; and toured ceaselessly in the wake of his ever-growing success. A fifth album, Wakin on a Pretty Daze, was released in 2013. Shortly following this relatively polished and well-produced release, the Jamaica Plain EP surfaced, a vinyl-only 10" release of early-2000s collaborative recordings by Vile and Sore Eros. Wakin on a Pretty Daze turned into a breakthrough for Vile, with its strong reviews and positive word of mouth helping to turn the album into a steady seller; it wound up peaking at 47 on Billboard's Top 200 and 41 in the U.K. Vile returned in the fall of 2015 with the hotly anticipated B'lieve I'm Goin Down.... That same year saw Vile and New York-based guitarist and songwriter Steve Gunn collaborate on the three-song Gunn Vile for the Three Lobed Recordings Parallelogram series. In 2017, Vile paired up with Courtney Barnett for the album Lotta Sea Lice. After releasing the album in October, they embarked on a brief American tour.

With demand staggeringly high for our limited supplies of Kurt Vile concert tickets, you will need to book early. Gigantic offers great customer service on all your essential gig tickets, so make us your first choice when looking to book your big night out and look forward to enjoying an unforgettable experience.

Gigantic has your tickets for Kurt Vile & The Violators

Kurt Vile & The Violators to play at Latitude Festival

beautiful concert one of the best guitar player i ever see amassing sound.

That's all we have for Kurt Vile & The Violators ! Check out their upcoming shows