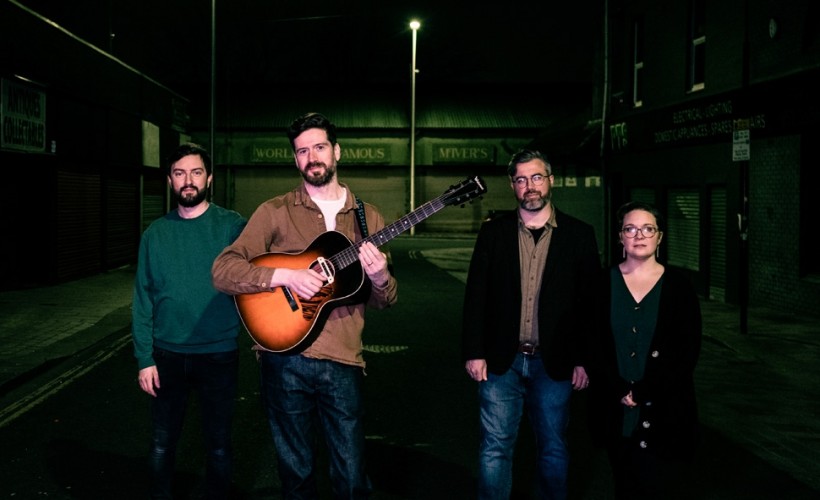 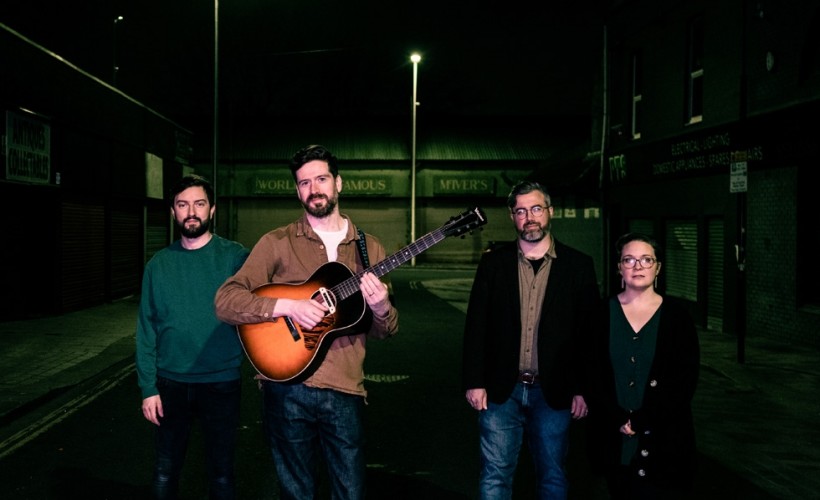 The Kris Drever Band Plus Guests

One of Scotland’s finest and most acclaimed songwriters Kris Drever will tour with his own band (for the first time outside of his work with Lau) in 2023, and to coincide Reveal Records will issue an expansive career spanning compilation album of Kris’ work to date. The new compilation album will also feature some exclusive new songs written and recorded for the band project.

Since the release of his acclaimed 2020 album “Where The World Is Thin” Kris has been busy collaborating in the studio and playing major shows with Julie Fowlis, Karine Polwart, Sekou Keita and Jackie Morris for their Lost Spell Songs project (Thirty Tigers, 2021), won yet another BBC Radio 2 Folk Award for Best Original Song, won Album of The Year at the Scots Trad Music Award 2021, duetted with Aoife O’Donovan and toured with Lau and Rachel Baiman.

About the forthcoming tour Kris says,

‘Collaboration has always been at the heart of my enjoyment of music. I love the freedom of heading out on my own; I love the challenge of trying to realise full arrangements with just a guitar and a vocal but, for me, nothing comes close to building those invisible cathedrals with my comrades. The excitement of real musical dialogue is overwhelming: the knowledge that something is happening in front of me that can’t ever be exactly replicated is fascinating and frankly, even after 30 years as a musician, miraculous.

For the last few years, I’ve been working with a really special group of musicians, mostly in the studio" although we have made it out into the light very occasionally to perform.

It’s time now, though, to share these wonderful people and the experiences they create with as wide an audience as possible, because they’re fabulous.

Louis Abbott is a multi-instrumentalist (drums, guitars, keys) and vocalist who is best known for his work as the front man of Scottish Indie collective Admiral Fallow; Euan Burton is my long time co-producer (studio adult) and absolutely stellar double bassist; and Rachel Lightbody is a highly prized Jazz singer who also excels in her work as a backing vocal artist.

Having gotten together increasingly frequently in recent times for various TV and online performances, we’ve worked up a broad variety of my own material. We’ve found a route into songs from across my back catalogue, and in many cases opened them up in ways that I could never have figured out on my own. The upshot of all this is that it’s time to take this fresh sound and retrospective collection on the road.’

That's all we have for Kris Drever! Check out their upcoming shows