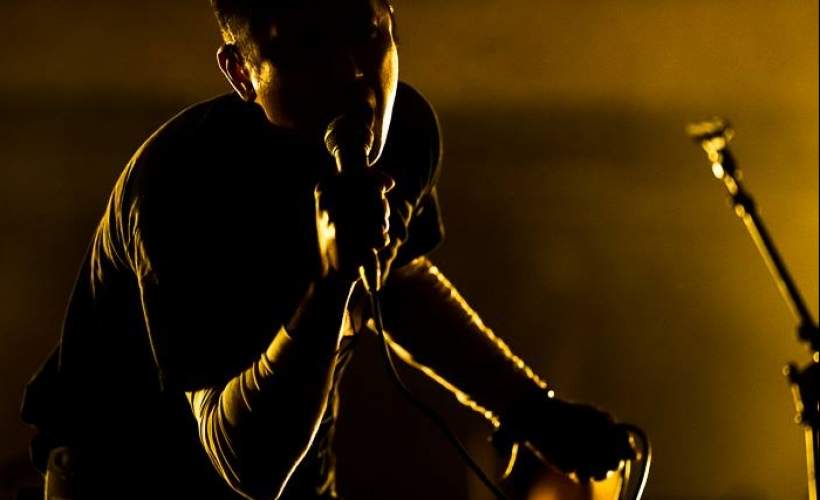 King Prawn have released their new album The Fabulous New Sounds Of… which they promote with gigs at New Cross Inn in London on Sunday 21st of July. Then Waterfront Studio at Norwich and The Polar Bear in the might city of Hull during October 2019.

Get excited, because Gigantic can now offer you King Prawn tickets. But do not hang around because demand is high and they will sell out very quickly. Fortunately, we make placing your gig tickets order nice and easy by enabling access to our site 24/7 using your computer, smartphone or tablet whilst relaxing at home or busy and on the go.

Blending styles like ska, punk, hip-hop, metal, and hardcore, King Prawn delivers a contrasting type of boisterous alternative rock & roll. Citing influences like the Dead Kennedys, Crass, Public Enemy, Rage Against the Machine, and Bob Marley, the band was a fixture in the U.K. ska punk scene during the late '90s and early 2000s. They released four well-received albums, beginning with 1995's First Offence, and an EP before ceasing operations in 2003. The band resurfaced in 2012 with four-fifths of the original lineup and issued their long-awaited fifth full-length effort, Fabulous New Sounds of King Prawn, in 2019.

Formed in the mid-'90s in London by vocalist Al-Farabi Rumjen, bassist Babar Luck, guitarist Aryan Devil, and drummer Nick Swindonboye, King Prawn arrived on the scene to explore new frontiers in punk and hardcore styles. In 1996, the band surfaced with its first major recording, the album First Offence, with production credits going to Skunk Anansie's Ace. The record ultimately created a considerable buzz on the local underground music scene, granting Prawn a sizeable and ever-growing fan base, not only in London, but across the U.K. Three years afterward and following the release of several 7"s, the British squad issued its second full-length, the live album Fried in London. The studio EP Your Worst Enemy showed up in 1999, with Surrender to the Blender, the band's third long-player and first outing for Spitfire Records, arriving in 2000. A bonus-cuts stacked reissue of First Offence appeared in 2002 and was followed a year later with the release of the band’s fourth album, Got the Thirst.

The band called it quits shortly after the album's release, but not before playing a pair of farewell shows, with their penultimate performance held at The Forum in Kentish Town, and their final bow taken at the Pitz club in Milton Keynes. Most of the bandmembers continued to make music, with drummer Swindonboye forming Left Step Band, Babar Luck opting to go both solo and to play with a new band, East End Trinity, and Al Rumjen joining Asian Dub Foundation. In 2012, the band re-formed and booked a festival and club tour with a full brass section in tow. They issued a pair of new singles via Bandcamp in 2014, and in 2019 King Prawn released their fifth studio long-player, the Cherry Red-issued Fabulous New Sounds of King Prawn.

As there are limits on the amounts of King Prawn concert tickets being made available, you will have to act fast and ensure you book yours before they are all snatched up. Gigantic offers you excellent customer service when selecting from our huge range of essential gig tickets, so you know we are the right place to come whenever you are planning for your big night.