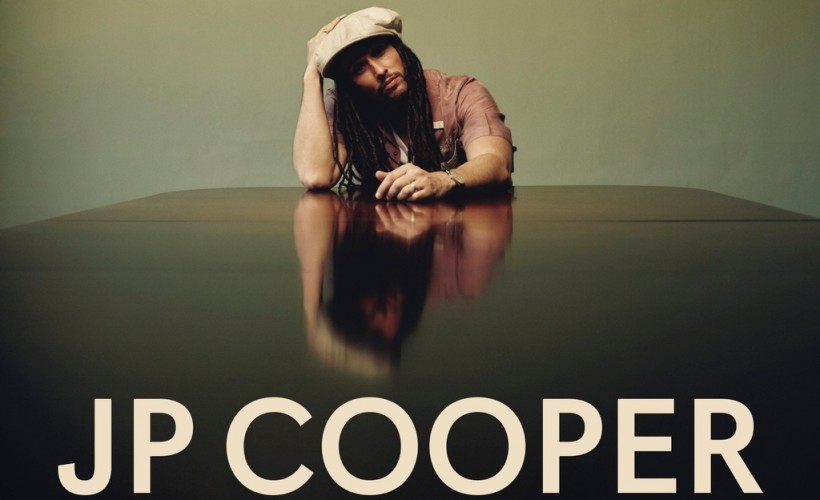 Had an amazing night, defo worth the wait!

Anybody who doesn’t go and see this man live are missing out big time. I’ve been to many gigs and concerts. This was by far the best. Heart wrenching lyrics, beautiful melodies, great band and an absolute gentleman.

I love the venue as it was a great size,easy to see the stage wherever W.E stood. Sound was good although a bit bassy on the support act,perfect for JP . And it was my old stomping ground when I was a teenager so it ghastly fond memories. Perfect evening.

Tweet
Following nearly 18 months of lockdown for the entire live industry, acclaimed British soul singer and songwriter JP Cooper is delighted to announce his first headline tour in almost 3 years. He will tour across the UK and Ireland from April - May 2022, in support of his highly anticipated second album “SHE”.

JP will be returning to smaller, more intimate venues, taking in 23 towns and cities, kicking off in Ireland on 23rd April before finishing the tour in his hometown of Manchester on 29th May (full tour dates below).

Speaking about the tour JP says:

“I decided a while ago that because of the pandemic and all of the struggle and separation that everyone has experienced during the last 18 months, I wanted to go back to more grassroots venues on my next tour, back to the kind of places I played when I was coming through. Firstly, to show some love to the venues themselves; they play such an important role in artists’ early careers and a lot of them have struggled to stay afloat during this period.

Secondly, I wanted to play these smaller rooms again to make it easier to connect with you guys and for you to connect with me. We’ve spent so much time apart that it’s going to be amazing to be up close and personal once again. The shows will be more intimate and stripped back, which will give us the opportunity to properly re-connect.

I’m so excited to be coming out with the band, some of whom have been with me for years, and to re-create that feeling we used to have when I did the open mic nights and small venue circuits around the UK. Keep your eyes out for the dates. On this tour, I want to shift the focus to the fans more than ever before, as we have all been through the uncertainty of the pandemic together. I want everyone to feel like a VIP. Cannot wait to get out and see you all.”

JP’s headline tour comes in support of his upcoming album “SHE”, set for release on 15th October via Island Records. “SHE” is a collection of songs paying homage to some of the greatest women in JP’s life, with themes around relationships, faith, and family.

Best known for two of the biggest and most enduring hit singles of the last few years- Jonas Blue’s memorable smash “Perfect Strangers”, which Cooper co-wrote, and his inescapable radio hit “September Song” (which has racked up over 600 million streams worldwide), the Manchester born troubadour has an incredible 1 million ADJ Global album sales, over 4 billion total global streams, fuelled by his devoted 11 million monthly Spotify listeners. In addition, JP has racked up over 120,00 radio plays across 250 radio stations and sold out UK and European tours.

JP Cooper is a singer songwriter of exceptional talent. Combing sweet harmonies on guitar, luscious strings, piano and beautiful vocals, he draws influence from Donnie Hathaway, Bill Rovers and Stevie Wonder. His songs of heartache draw on folk and gospel to great effect, leaving everyone in the room feeling he is just singing to them.

Born in 1983 and hailing from Middleton, North Manchester, Cooper sang gospel in The Manchester Sing Out Choir before striking out on his own.

He was picked up by BBC Radio 1’s Huw Stephens who was quick to champion Cooper. Benefitting from the fantastic support, Cooper went on to playing a nationwide tour that was soon sold out.

His first release, Keep The Quiet Out EP, encapsulated his skill to weave a story into the listener’s imagination through the depth of emotion and really shows off just how talented at music craft he is. Heart rendering and intricate, the soulful songs resonated with audiences everywhere and shot into the Top 5 in the iTunes Singer/Songwriter chart.

2015 saw the star touring across the UK to promote his last release When the Darkness Comes EP, before flying out to Austin, Texas, to play a slot at the SXSW Festival.

The EP saw the singer go on a journey through sound, touching on topics vital to the human condition such as love, longing and loss. His skill really shines through on the title track, where he considers the need to abdicate from reality to be able to gain some sort of clarity. That understanding can only come whilst resting in the still of the dark.
Also on the EP is the agonising song Satellite, a tender exploration of the terrible agony that comes with unrequired love.

Ernest, intense and intimate with a voice that enraptures all that hear him.

JP Cooper tickets are on sale through Gigantic. Don’t miss him!