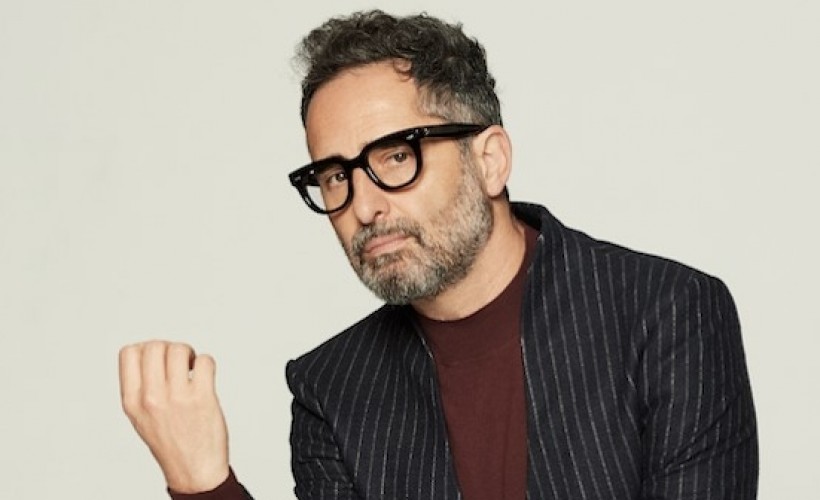 Jorge Drexler is a huge international star and a household name in his homeland of Uruguay, perhaps best known for winning an Oscar in 2005 for penning the theme song to The Motorcycle Diaries.

Catch him when he makes a very special peformance at Barbican Hall in London on Monday 1st of May 2023.

“Songwriting is like a playground that you can enter through many doors, and I like to use every door. I sometimes start with a sequence of words, some musical notes, sometimes with a pattern, like writing in décimas, sometimes associating meanings. And you tend to get different kinds of songs depending on the type of door you use to get into that playground.”

As the word spreads, the demand for Jorge Drexler tickets grows so we really urge you to make sure you book yours early to avoid disappointment! Placing an order is made easy with Gigantic as you can access our easy-to-use site 24/7 with a computer, tablet or smartphone whilst busy on the go or from the comfort of your own home.

Having won seven Latin GRAMMYs with his latest career-defining album Tinta y Tiempo, Jorge Drexler returns to London after three years and at the height of his powers.

Drexler’s unique voice, coupled with a knack for lovely melodies and lyrics of unusual depth, gained him international recognition in 2005 when he won an Oscar for Al Otro Lado Del Rio the song that he wrote for the film The Motorcycle Diaries.


Everyone is excited, and we at Gigantic expect our limited supplies of Jorge Drexler concert tickets to sell very quickly - so make sure you book yours before they all go! Gigantic is famed for its excellent customer service which led to the Nottingham Post bestowing their illustrious ‘Retail Business of the Year’ award last year. So, choose from our wide range of essential gig tickets and know we are the best place to come whenever you are planning your big night out!

That's all we have for Jorge Drexler! Check out their upcoming shows