Get your Jenny Lewis tickets with Gigantic! 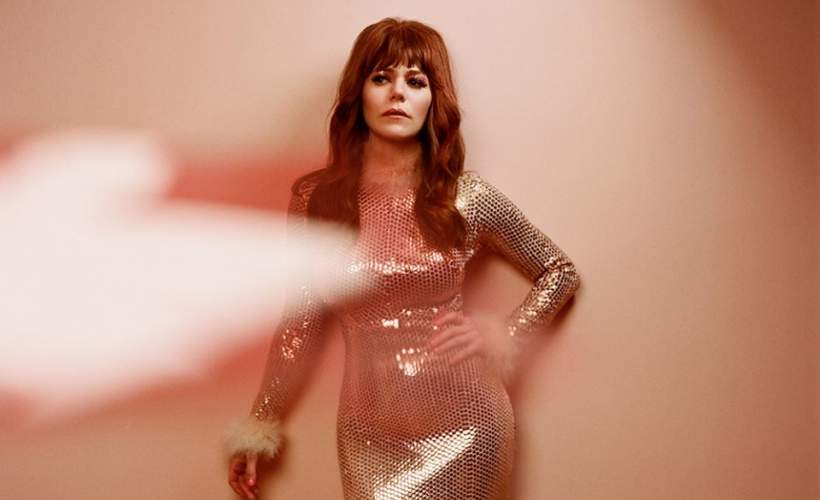 Las Vegas born singer-songwriter Jenny Lewis will be touring the UK in September coinciding with her Bestival performance. Due to popular demand Jenny Lewis has added an extra date at London's Islington Assembly Hall to her September UK tour for Thursday 11th September in support of the indie rockers' acclaimed third studio album 'The Voyager'.

Prior to her solo work Lewis was known for her work in Rilo Kiley an indie rock outfit of which she was the frontwoman. Lewis recorded six studio albums with Rilo Kiley before the break-up in 2011, the latest being 2007's 'Under the Blacklit' before a compilation album entitled 'Rkives' was put out in 2013 consisting of b-sides and demos.

Jenny Lewis first went solo in 2006 with the release of 'Rabbit Fur Coat', which received widespread critical acclaim. she soon followed her debut up with the equally impressive 'Acid Tongue' in 2008. In 2014 Lewis released her third studio album 'The Voyager'.

See her when she performs at Komedia in Brighton and Electric Ballroom in London during July 2019.

The demand is growing so make sure you book your Jenny Lewis tickets before they all go. Gigantic makes booking your favourite gig tickets easy as you can place your order 24/7 using your tablet, smartphone or computer from the comfort of your home or while busy on the go.

Blood Red Shoes tickets can very soon be yours. Set your very own personal reminder through Gigantic via text message or email so you are ready for their release at 10:00 on Friday 1st of February.


One of the most celebrated and respected performers of her generation, Jenny Lewis got her start as the dynamic frontwoman of influential LA group Rilo Kiley in 1998. She has since released three albums under her name, most recently 2014's The Voyager. In addition to her solo work, she was a member of The Postal Service, part of the duo, Jenny and Johnny, as well as the lead vocalist for Nice As Fuck.

Lewis has collaborated with Beck, Elvis Costello, Ryan Adams and M. Ward, among others. She has also written music for films such as the musical/drama, Song One, starring Anne Hathaway and Very Good Girls starring Dakota Fanning and Elizabeth Olsen.

Jenny Lewis concert tickets can be booked through Gigantic right now. But given their massively appeal they are expected to sell very quickly so book yours before they are gone. Gigantic has a huge range of essential gig tickets so stick with us to enjoy a great service in providing you an unforgettable experience.

Get your Jenny Lewis tickets with Gigantic!

A boiling hot day, an evening sunset over Brighton Pier. What a night to see the world's coolest indie lyricist (shhh...don't tell everyone!) parade all her quirky autobiographical narratives laced with California metaphysics; the performance was smart, relaxed and intense in equal measure and the sound was spot on. Somehow an Irish/ Finnish support band were amalgamated into the performance and it felt right! I'm having withdrawal symptoms already. Please come down to the West Country soon and spread some of your melodic sunshine laserbeams into the human condition!

Great performance spoiled for me by giant balloons which fell into the audience two thirds of the way through. I have an irrational fear of balloons and had to leave before the show ended to prevent panic attack.

That's all we have for Jenny Lewis! Check out their upcoming shows