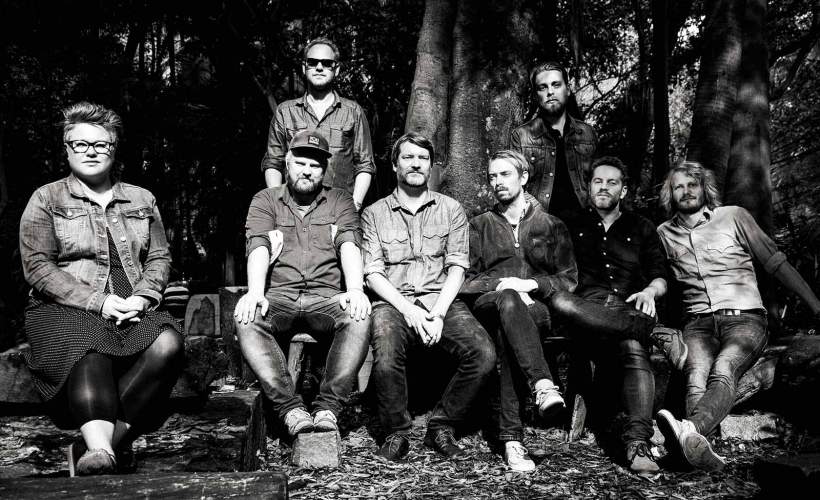 It’s impossible to describe the myriad musical influences and inspirations that inform the sound of Jaga Jazzist without tumbling down a rabbit hole of genre confusion such is the sonic magnitude and diversity of the Norwegian supergroup’s compositions. The band has consistently confounded categorisation from its inception. However, the direction of travel has been obstinately consistent: moving forward... always moving forward.

The youngest of three siblings that began Jaga Jazzist in 1994 in the small town of Tønsburg when he was just 14, Lars Horntveth has gradually emerged as Jaga's primary compositional voice. Lars, brother Martin and sister Line all demonstrated a strong-willed distaste for orthodoxy - an early reason why Jaga sounds unlike any other band in any scene.

All bandleaders, producers, engineers and/or busy session musicians, Jaga's members have always been at the heart of Norway's disproportionately large and vibrant music scene. All the more remarkable, then, that five of its current eight members remain from its early days, with Even Ormestad and Andreas Mjøs still here alongside the Horntveth siblings.

The band released their debut “Grete Stitz” in 1996, immediately grabbing the ears and eyes of musicians, producers and venue owners at the heart of Norway's music scene. "We got attention because Jaga was such a bizarre group and Grete Stitz was a very strange album," says Lars. "We started playing more shows in Oslo, mostly in small clubs; then we signed to the dBut label and recorded the “Magazine EP”, releasing it in 1998." While the 28-minute, four-track Magazine was no less eclectic than Grete Stitz, it was where Jaga's voice began to emerge more fully, with Lars' writing facilitating its textural breadth, long-form cinematic complexities, intrinsic lyricism and rampant multi-instrumentalism.

A career-defining moment for Jaga - already garnering a word-of-mouth reputation for exhilarating live performances - was signing with Ninja Tune in 2002. The label quickly reissued the band’s second longplayer “A Livingroom Hush” to international acclaim. “Ninja helped get us out to the whole world,” says Martin. “We played Japan...went to places we’d never been, with tons of people coming to the shows because they'd heard the name or about the band. Our records had already been in their shops and available online for years; it was really helpful.”

Returning with “Stix” in 2002, “What We Must” (2005), “One Armed Bandit” (2009), an epic live album with Britten Sinfonia (2013) and a celebratory 20th anniversary compilation “’94-’14” in 2014, Jaga released their last studio album “Starfire” in 2015. Constantly pushing himself to avoid the onset of predictability common in bands achieving Jaga's longevity, Lars’ epic, cinematic approach to writing has remained paradoxically accessible... singable, even. Still, despite having a primary composer, Jaga's fundamental philosophy is that everyone in the band contributes to the music's final shape.

With only a select amount of Jaga Jazzist concert tickets on offer you will need to act fast and book yours before they are all gone. Gigantic has been supply both essential gig tickets and excellent customer service for ten years so trust us when looking to book your big night out.