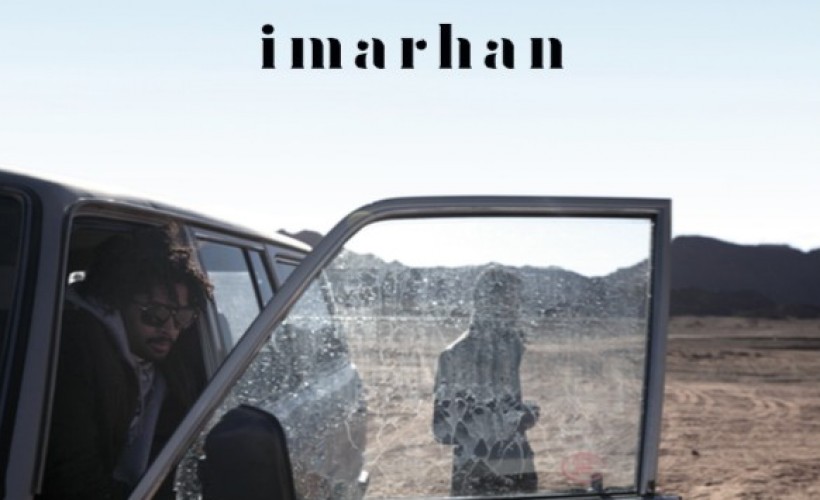 Imarhan tickets are on sale with Gigantic - make sure you see them play at Yes (The Pink Room), Manchester and The Dome, London.

Imarhan tickets are released at 09:00 on Fri 15th October.

When Imarhan released their self-titled debut album in 2016, they stepped into a genre already flooded with talent and exposure, but still managed to rise to the top and be heralded as the “new wave Of Tuareg music“ by Fact Magazine and The Guardian. Whereas their debut was anchored in the meditative Desert Blues tradition, Temet, their 2nd album, eclipses such notions, finding bounce and drive by stirring their sound with funk, fuzz, disco and rock. This is not a novel concept to the band, as anyone who has seen them play will attest. There is a disparity between their emotional and thoughtful first album and the raucous, ecstatic live show. Imarhan's experience as a touring band has reinforced the focus and meaning behind their music. Instead of traversing the desert, these Nomadic travelers have gone global to reflect on today’s struggles. “Temet” in Tamashek means “connections,“ and Imarhan use it as an energetic wake up call for unity, to remind people that we are all are connected, and that only through the acceptance of this union will we be able to solve the troubles, to bridge the increasing divide between cultures. Iyad Moussa Ben Abderahmane (aka Sadam) illustrates this by saying, “People should love each other, everyone should get to know their neighbor. We need to have the same approach as our elders. You will stumble across an old man who knows the world and he will hand down his knowledge to his children.“

Gigantic has the best selection of tickets for gigs, festivals and events. Your first choice for the best experiences.

That's all we have for Imarhan! Check out their upcoming shows