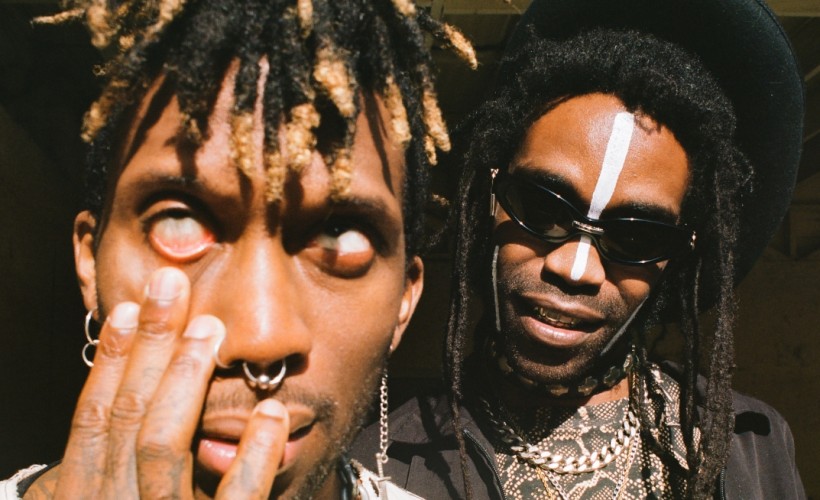 Los Angeles based and New Jersey bred, Ho99o9 (Horror) have been decimating stages, venues and festival sites across the globe even prior to the release of their debut album ‘United States of Horror’ earlier this year. Over the past couple of years they’ve played Glastonbury, Primavera Sound, Afropunk, Pukkelpop, Reading & Leeds, the Gathering of The Juggalos, Download, ArcTangent, French National TV, awards ceremonies, record stores, secret shows, grimy basements, theatres, arenas and fields.

This year has seen the release of second album Skin, which they promote with U.K shows. Don't miss out and book ho99o9 gig tickets with Gigantic!

Where can I get Ho99o9 tickets?

Ho99o9 concert tickets have been released by Gigantic! Touring in November, their exciting upcoming shows include:

Having taken the European festival circuit by storm over the summer with riotous performances at the likes of Reading & Leeds, Visions, The Great Escape and Pukkelpop, LA-based duo Ho99o9 are set to bring their aural assault back to the UK for a clutch of five shows in December. Their unique marriage of thrash, punk, hip-hop and everything else in between truly comes into its own in the live arena, making their performances unmissable affairs.

Ho99o9 are also set to unleash a collection of new tracks with their forthcoming ‘Dead Bodies In The Lake’ being scheduled for release on 30th October. The first single from the EP, a snarling composition titled ‘Twisted Metal’, has already been picking up play on BBC Radio 1. The anticipation for new music and shows is palpable and Ho99o9 will deliver in inimitable fashion. 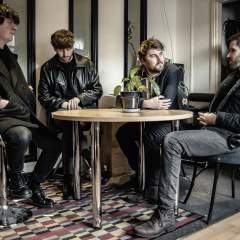 Ho99o9 have the crowd eating out of the palm of their hands from the moment they hit the stage, the band's energy transfers to the crowd and the whole floor is a mosh pit in seconds. Was heavy hard hitting hard-core punk with some slower electronic tunes. They're either screaming on the heavy numbers or rapping on slower ones but either way they absolutely smashed it in London last night. Great band who should be huge in future.

The live performance was as amazing as expected, the support were equally werid, all in all exactly what you'd expect from a crazy punk gig! Shame about the price of the merch tho, feel as though ho99o9 were trying to gain major capital from £25 t-shirts.. still, they are one of the best bands around and they topped the time I saw death grips. :)

This is the 3rd time I've seen ho99or and they never disappoint, last nights gig was amazing. Loads of stage diving and great punk music... these guys should be huge soon

That's all we have for ho99o9! Check out their upcoming shows