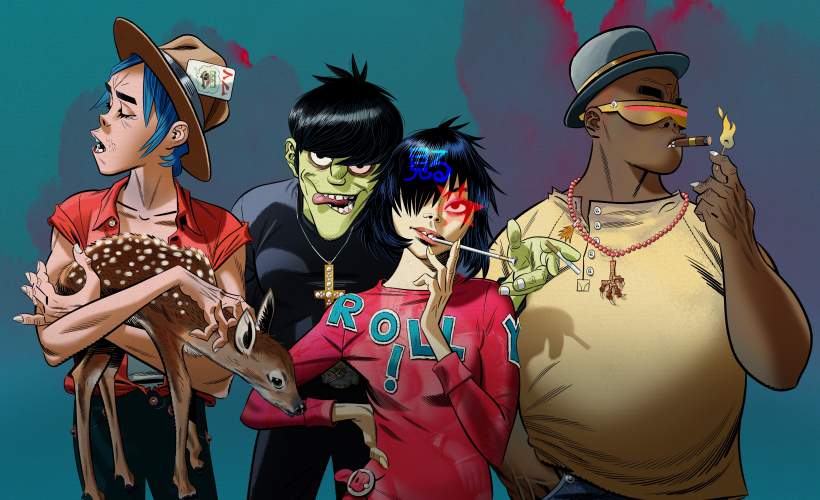 Gorillaz are once again disrupting the paradigm and breaking convention in their round the back door fashion with Song Machine, the newest concept from one of the most inventive bands around. Song Machine - the cartoon music contraption which spits out brand new episodes fresh from the studio, as and when they happen - will see Gorillaz joined by an exciting and ever-evolving roster of as yet unannounced collaborators captured live in Kong Studios alongside the world’s most successful virtual band*. The cameras are rolling 24/7, the fourth wall is broken, the kettle is on, the chaos is real, the door is open… What’s coming next? Stay tuned.

* The band are recognised by The Guinness Book Of World Records as the planet’s Most Successful Virtual Act.

Get tickets for Gorillaz!

Gorillaz album ‘The Fall’ was entirely produced on an iPad!

One of the best performances, sound and lighting were amazing, had a spectacular experience....

SO so good, pure tunes and sick vibes, best concert I've ever been to! Been wanting to see them for yearsssss and it was so much more than I could've expected - even if you've never listened to them in your life GO and see em seriously.

That's all we have for Gorillaz! Check out their upcoming shows