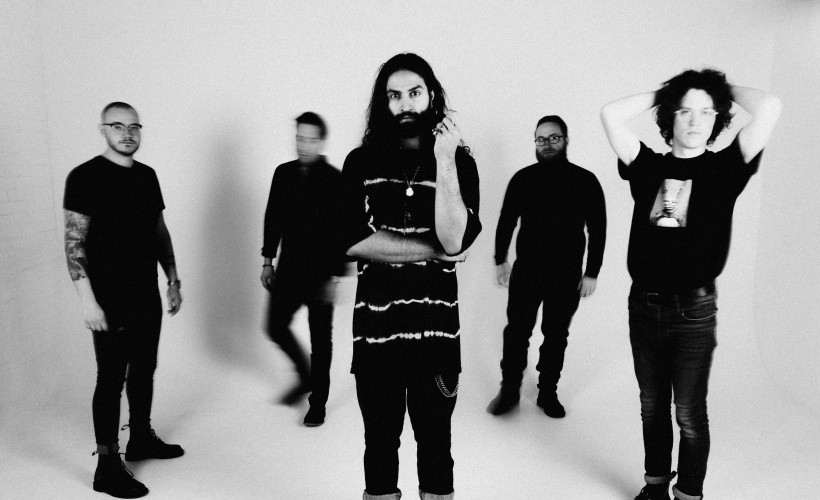 Future Humans are Afnan Prince (vocals), Sam Cramer (guitar and synthesiser), Andrew Garner (keys, guitar and backing vocals), John Paul Gatenby (bass and backing vocals) and Michael Muir (drums and backing vocals). They combine catchy choruses, driving beats, playful indie guitars and bass lines with arching club synths all topped off with Afnan Prince’s wonderfully warm and soulful voice. Future Humans initially was London based producer Sam Cramer who has produced various artists such as Lewis Capaldi, Sam Sure, Kelli-Leigh and Camden Cox. Sam then met Newcastle Singer-Songwriter, Afnan Prince in late 2018 during a collaborative writing session and they found they shared the same passions and tastes for music and agreed to have a session together. The first song they wrote was “I’m Not In Love” (released June 2019) and this encouraged the guys to form “Future Humans x Afnan Prince”. It grew to be Future Humans in October 2019 when Sam and Afnan realised they were writing music that deserved a live audience and brought in John, Andrew and Michael, who Afnan knew from the Newcastle gig scene. The band write all of their music in Damon Albarn’s suite of Studios in West London.

That's all we have for Future Humans ! Check out their upcoming shows