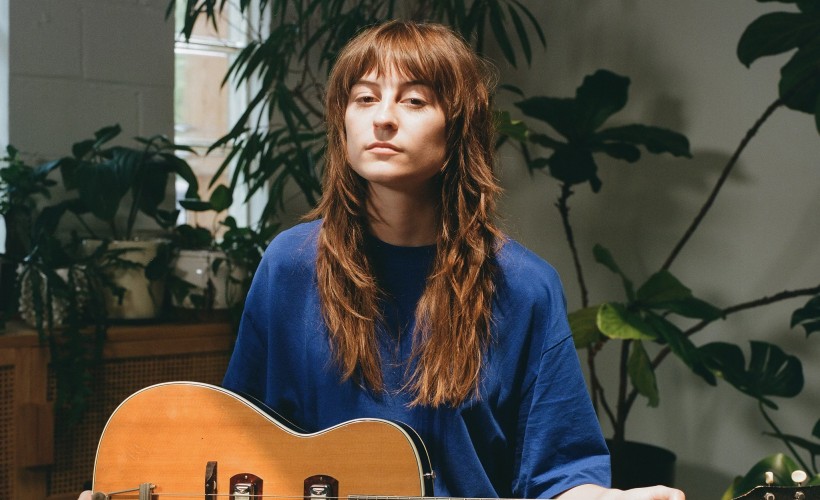 Tweet
FAYE: confidence, trust, belief. People with this name have a deep inner desire for a stable, loving family or community, and a need to work with others and to be appreciated. See Faye Webster when she plays at Bristol Louisiana and YES in Manchester during January 2019.

Here at Gigantic, we are very excited to be able to offer you Faye Webster tickets. But with demand always growing as the word spreads, you will need to act fast and books yours before they all go. Booking your essential Metallica gig tickets is made easy as you can place an order through our site 24/7 whilst at home or on the move using your tablet, smartphone or computer.

With interest so high, it makes sense to set a personal reminder with Gigantic right now. That way, we can alert you with a text message or an email shortly before your Faye Webster gig tickets are released at 09:00 on Friday 9th of November.

With roots in Texas swing and growing up in the creative mecca of Atlanta, home to some of the best lyricist in rap/hip-hop; Faye Webster was destined to become the creative director of her own life whether it be writing songs, performing or photography. The 19-year-old found an outlet in the arts and through that built a soundtrack incomparable to anyone else.

She continued to write songs; crafting her method and found her rhythm as she attended Grady High School in the heart of Atlanta. During that time, Faye formed a close-knit group of creative friends called PSA; a rap/art group she still calls upon for inspiration and collaboration. At just 16 she released her first full-length album, Run & Tell. “That project was more folky country and the lyrics were more generic compared to my new album,” explains Faye.

With a career in music in sight, Faye set out for Nashville to pursue a degree in songwriting at Belmont University. After her first year of college, the diversity of people in both the music and creative scene drew her back to Atlanta. “I felt that this city was where I belonged. Atlanta will always be home.”

“When I knew I was going to drop out of Belmont, I loaded up on electives including art classes and film photography. I got a camera for Christmas and that’s where the photography began.” During trips back to Atlanta, she would hang out with her old high school friends, who now had musical careers of their own, and take portraits of them. “It just grew. I was inspired by Brooklyn, NY based artist, Kehinde Wiley’s work for my pattern photos. I incorporate the background into the subject matter which creates this monochromatic look that has become my signature style,” says Faye. She has since shot hip-hop heavy weights including D.R.A.M., Killer Mike, Father, and Lil Yachty among many others and her photos have been featured in Rolling Stone, Billboard and many more.

Faye has grown creatively in her music pursuits with PSA. “Half of us make beats and the other half rap, that's sort of how it works. I'm more like the Aaliyah/Frank Ocean of the group,” she explains. The photographer/songwriter has also found a mentor in Atlanta-based rapper Ethereal who is a part of the Awful Records; a rap clique leading the charge in expanding the hip-hop genre and curating tracks with warped sounds. “He took me under his wing and introduced me to everyone else. I've since then done songs with Father, Keith Charles Spacebar, and Dexter.” These hip-hop tracks draw a sharp contrast to the Americana feel of her albums; which also shows her flexibility as an artist and songwriter.

“The photography and music don’t relate or inspire one another. I treat them as their own separate entities. My goal right now is to get my music heard more than getting my photography seen,” says Faye. During the one month transition from Nashville back to Atlanta, she was full of new ideas and experiences. “I began writing songs for a new album. I truly feel that this album encompasses the fact that I take influences from many different perspectives. Each song tells a story and goes through all of the emotions involved. I’ve developed a more specific and honest way of telling a story,” Faye explains. Drawing from artists she loves ranging from Aliyah to Dawes to Courtney Barnett to Chance the Rapper; this combination has become her new album set for a Spring 2017 release date. “The music displays heart break in the most sincere way possible.”

Despite the huge demand, we only have limited amounts of Faye Webster concert tickets available so you will need to book quickly or you will miss out. Having provided excellent customer service for ten years, you know Gigantic is the right place to book your essential gig tickets. So, make us your first choice whenever you book your big night out.