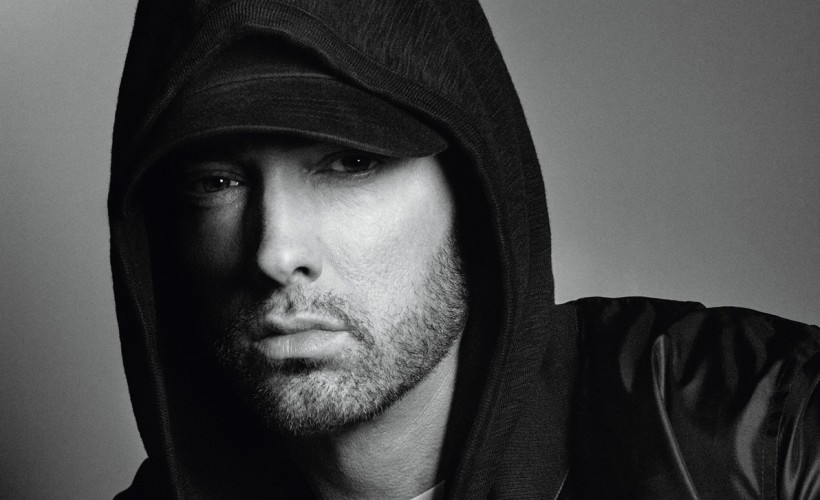 The atmosphere was amazing. Everyone was there to enjoy the show. When Eminem came on the place went electric. The set list was awesome, a good mix of new and old songs. He truly knows how to give you your money’s worth. Just gutted it was the last night. Best show I e seen for a long, long time.

Amazing such a great show with added guests

"Amazing ‘All other concerts are just imitating’"

Eminem didn’t disappoint, fabulous concert and I would definitely go and see him m again!
Twickenham is a great venue for concerts for ease of entry and exit.
Didn’t get ripped off for drinks and plenty of free water stations.

Have waited 20 years to see Eminem live I can honestly say it was worth the wait! Unbelievable performance

Amazing go vibe amazing singer , brilliant guest could fault him and the concert.

EMINƎM is one of the world’s most successful rappers, having taken home a staggering fifteen Grammy Awards and sold 155 million records worldwide.

He has just announced two major UK shows taking place at Twickenham Stadium in London on Saturday 14th and Sunday 15th of July 2018.

Excitement is already high and still rising as is the demand, so make sure you do not hang about and book your tickets for Eminem before they are all snatched up. Fortunately, placing your order with Gigantic is made easy as your purchase can be made 24/7 at home or on the go using your smartphone, tablet or computer.

You can set yourself ahead of the rest by setting a personal reminder with Gigantic right now. This means you will be alerted with a text message or an email before they are made available on Friday 2nd of February.

Before EMINƎM there was Marshall Bruce Mathers. His passion for music was made ever greater by his tough upbringing which would later be the basis of the film 8 Mile, in which he starred.

After some initial success with debut album Infinite in 1996, he would create the alter ego Slim Shady. Through this character, Mathers would find a means to truly express his anger and articulate rage which would lead to The Slim Shady LP which would propel him to stardom.

We are really excited to be able to offer you Eminem concert tickets, but as there is a limit on availability you will need to book yours before they all get snatched up. Gigantic is famed for being the best place to choose from a huge selection of the most in demand gig tickets, and with our excellent dedicated customer services team on hand to help with your every query we are always the best place to come to whenever you are booking for your big night out. No wonder Nottingham Post gave Gigantic their illustrious ‘Retail Business of the Year 2017’ award.

Eminem will become the first rapper to headline a show at Wembley Stadium when he performs at the iconic venue on July 11th.

This will be the first time Eminem has performed in London since 2001. All UK dates since have been headline slots at festivals outside of the capital.

“I heard that I wasn't going to be approved to play in Hyde Park and it made me even more excited to play in London this summer,” Eminem says, explaining how the Wembley show came about. “The easiest way to get me to do something is to tell me I can’t do it. Thanks to the Royal Parks for making it all possible….for Wembley."

Eminem is without doubt one of the greatest artists of his generation. His success is unrivalled; 103 million album sales to date, sold out stadium tours around the world and countless awards.

His recently released album The Marshall Mathers LP 2 broke records when it was released in the UK and debuted at #1. It became Eminem’s seventh number one album and made him the first American act to score seven consecutive UK number one albums.

The new single, Headlights [feat Nate Ruess] will be released to coincide with the Wembley show. A Spike Lee-directed video for the track will premiere soon.

Get your Eminem tickets below!

Eminem teams up with Ed Sheeran for his new album ‘No.6 Collaborations Project’

Come to Gigantic to get your tickets for Eminem