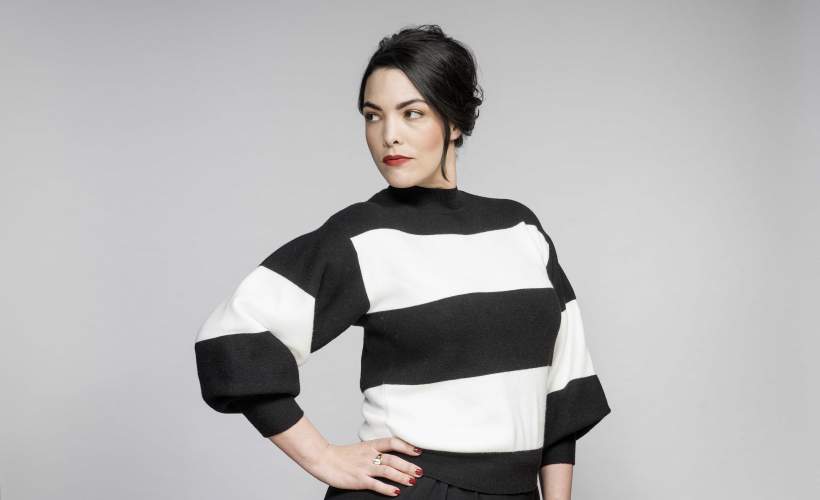 
How it all began

In 2007, Caro Emerald was called upon to cut a demo for producers Jan van Wieringen, David Schreurs and Canadian songwriter Vincent Degiorgio. Caro seized the opportunity, and recorded 'Back It Up'. When she performed the song on a local Dutch TV station a year later, the song exploded onto the scene. Viewers were constantly calling, e-mailing and commenting about that lovely girl with her catchy tune. A low-budget video on YouTube created a similar effect and suddenly, viewers wanted to know where they could buy her music.

However, with only one track on the repertoire, David, Vince, Jan and Caro started working on a full album before releasing anything. Inspired by films and music from the 40s and 50s, they wrote and produced “Deleted Scenes From The Cutting Room Floor”, an exciting, hugely accessible collection of 12 original songs. The album featured ballroom jazz, cinematic tangos, groovin' jazz tracks and infectious mambos that sounded as if they were recorded in the golden age of Hollywood. However, the smoking beats, catchy songs and inventive production marked Caro out as a present-day phenomenon.

An album with such a distinctive style required its own label approach. Adding Vince’s A&R background to the mix, Schreurs and van Wieringen set up Grandmono Records to release their music and manage the project. It was an overnight success. Debut single ‘Back It Up’ became an instant radio hit in July 2009, and follow up 'A Night Like This' went on to reach #1 in the Dutch single charts in January 2010. That same week, Grandmono Records released the highly anticipated 'Deleted Scenes From The Cutting Room Floor'. It entered at #1 in the album charts and reached platinum status within 6 weeks. Overall, the album spent 30 weeks at #1, breaking a record set by Michael Jackson's 'Thriller' and selling a stunning 260,000 copies within the year in Holland alone.

The album was then released in many other countries. With a similar effect: so far, ‘Deleted Scenes From The Cutting Room Floor’ is IFPI certified platinum with sales over 1.3 million in Europe (NL 6x Platinum, Poland 2x Platinum, UK Platinum, Germany Platinum, Austria & Switzerland Gold) and has been released in over 40 countries. Caro and her production team received numerous national and international awards, including an MTV EMA award (Best Dutch/Belgian), EBBA award, Goldene Kamera and Echo Award. Caro performed at almost every major radio and TV show in Europe.


The Shocking Miss Emerald
In between conquering Europe, Caro and the team reserved as much time as possible gathering and recording ideas for their second album. Not surprisingly when you consider how much they travelled across Europe, the lively European arts, entertainment and fashion scene of the 1920s-1960s sets the stage for this album. Caro, David, Vincent and Jan found ideas in pictures, stories and people living in the world’s centre of haute couture, Paris. They aimed for an edgy sound, vivid, dark, romantic and intense, yet still glamorous.

Picture Man Ray and his Bohemian friends roaming the street of Montparnasse, famous hotels, shady cabarets and bars where fashionable dames, struggling artists and foreign visitors mingle. Caro takes part in it, reminisces about her life in the spotlights, but never fails to take her listeners backstage, away from the spotlight, to where the work is done, the tears are shed and the credits are earned, not just cashed in.

The main theme, if you will, of ‘The Shocking Miss Emerald’ is style. Style has always played an important role in the Caro Emerald world, and this album emphasizes Caro not only as a great singer, but also a sophisticated and timeless style icon. The album ‘The Shocking Miss Emerald’will be released in Europe beginning of May. Caro Emerald and her band will play several shows this spring and summer.