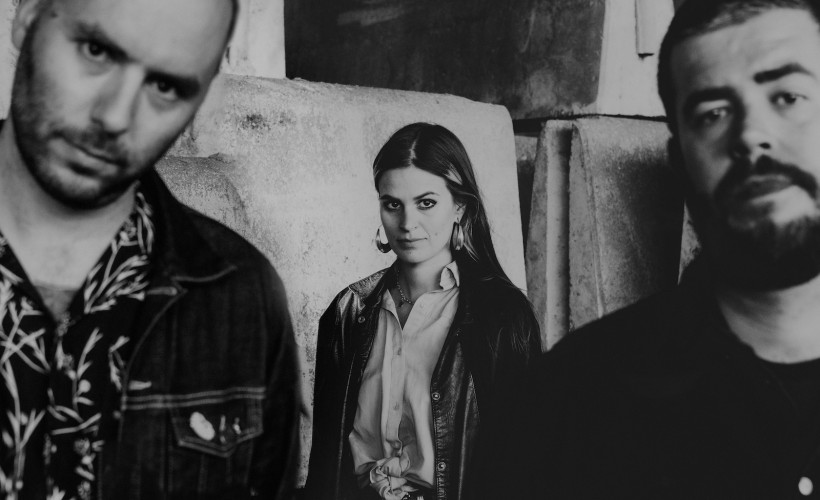 Brutus is a three piece formed in Leuven, Belgium that began in 2013. Made up of such diverse players that include drummer and vocalist Stefanie Mannaerts who is able to belt out the most impassioned vocals, shifting from deceptively melodic to out-right larynx-punishing in the blink of an eye all while nailing everything from blast beats to post rock, to punk style drumming. Accompanied by Guitarist Stijn Vanhoegaerden who also shifts from ethereal post-rock tones to hardcore punk levels of speed and energy and Peter Mulders who is a master of tone on bass.
It’s the way in which the band mixes all their musical styles and influences so seamlessly that has become their very own signature unique style. Both their albums “Burst” (2017) and “Nest” (2019) have received rave reviews as well as their live shows which have seen them invited to play some of the biggest festivals in Europe and N. America. They are signed worldwide to Sargent House alongside artists such as Chelsea Wolfe, Russian Circles, Deafheaven, Earth, Emma Ruth Rundle,etc. and are on Hassle Records for the UK and Europe.

That's all we have for Brutus! Check out their upcoming shows