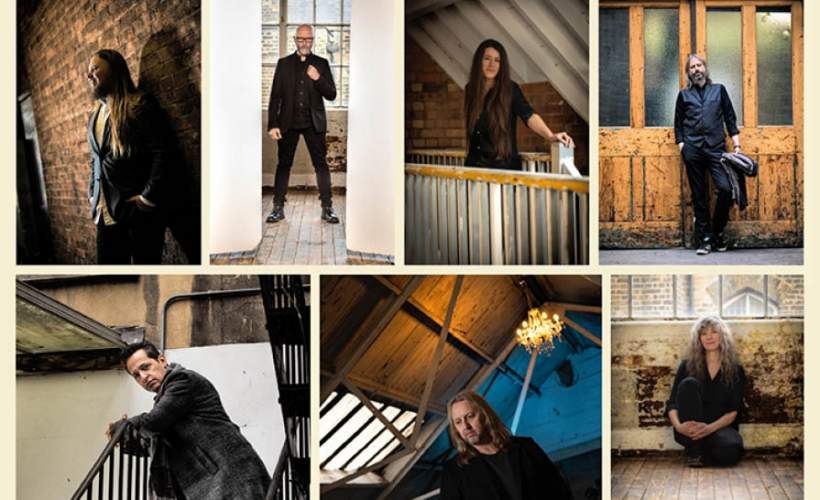 30th July 2021 sees the release of 'Common Ground', the self-produced new album from Big Big Train on their own label, English Electric Recordings.
The new album, recorded during the worldwide pandemic, sees the band continue their tradition of dramatic narratives but also tackles issues much closer to home, such as the Covid lockdowns, the separation of loved ones, the passage of time, deaths of people close to the band and the hope that springs from a new love.
'Common Ground' sees the band taking in wider musical and lyrical inspiration from artists such as Elbow, Pete Townshend, Tears For Fears, Elton John and XTC, as well as acknowledging their more progressive roots. As ever, Big Big Train will take listeners on a journey, be it waiting for the UK 5pm pandemic press conferences (‘The Strangest Times’) to the library of Alexandria (‘Black With Ink’) to the bottom of the ocean (‘Atlantic Cable’).
Like many of their songs, Big Big Train has a long back-story. The band was initially founded in 1990 and went through several line-up changes, but in 2009 the band decided on a fresh start, and the core of the current version of Big Big Train was born. Since then, they have gone on to win four Progressive Music Awards, played sold out shows and seen their last album, ‘Grand Tour’, reach #1 in the Official UK rock charts and break into the top 40 in the Official UK album charts.
The band only toured the UK for the first time in 2019, culminating in a sold out show at London's Hackney Empire, subsequently released as the critically acclaimed Blu-ray 'Empire', and 2022 will be the year that the band fully commit to a world tour.
While many of Big Big Train's songs such as 'East Coast Racer' and ‘Brave Captain’ have been rooted in the history of Great Britain and Europe, it seems fitting that they are now indeed an international band. Bassist Greg Spawton, who founded the band, grew up in a railway household and named them after a 1970s train set he owned, is based in the UK, as is singer David Longdon, who joined the band in 2009 for the breakthrough album 'The Underfall Yard'. The other two core band members, drummer Nick D’Virgilio and multi-instrumentalist Rikard Sjöblom, reside in Indiana, USA and Gåvle, Sweden, respectively.
The ‘Common Ground’ tour, will be their most extensive to date including the band’s first dates in North America and the UK leg will culminate at the prestigious London Palladium. Greg, David, Nick and Rikard will be joined by Carly Bryant (keyboards, guitars, vocals), who contributes vocals to ‘Common Ground’, Dave Foster (guitars), who plays on two tracks on the new album, Clare Lindley (violin, vocals) and by a five piece brass ensemble.
Big Big Train has taken lyrical and musical inspiration from periods of history that are recognised as great leaps forward. Now with 'Common Ground', they are making such a surge themselves.