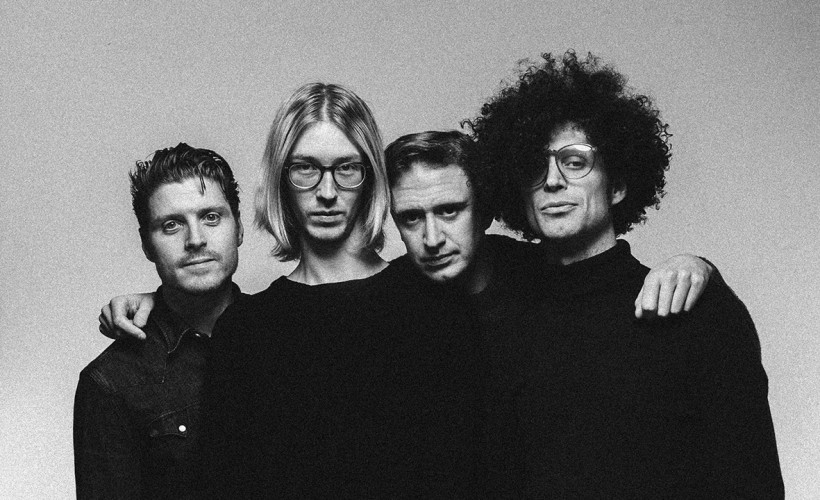 Enter your details here if you would like us to send you a reminder shortly before these Asylums tickets go on sale, we can send you an email or text message (or both)

Southend-On-Sea four piece rock band Asylums have been exciting critics since they recently burst on to the scene. The band consists of drummer Henry Tyler, guitarists Jazz Miell and Luke Branch who provides vocals and Michael Webster on bass.

The band have just released their debut album through their very own label Cool Thing Records. Entitled Killer Brain Waves, the album will be promoted by an upcoming tour. The record features the new single Necessary Appliances.

See them when they take over Sebright Arms in London on Friday 23rd of March 2018.

As the word is spreading the demand is rising so make sure you act fast and book your Asylums tickets before they are all snatched up. Making your gig tickets booking is made easy as you can access Gigantic 24/7 at home or on the go using a tablet, computer or smartphone.


"Asylums start every video with the same ethos, what interesting/fun visual statement can we make with no money. 'Necessary Appliances' was no different, after a bit of consideration we spent two days emptying out my bedroom, covering the walls with tin foil and filling up the room with broken computers, hoovers and random bits of circuitry. It was pretty surreal, but as with all our videos we were just having fun along with our visual collaborators Kana Waiwaiku and the Iron Brain. As a DIY band running our own record label Cool Thing Records we rely on ideas over budget, spirit over perfection and just enjoy the process. I think this video pretty much captures how we felt at the time, crazy, isolated and full of beans. " - Luke Branch

As there are only limited supplies of Asylums concert tickets being put on sale by the event organisers, we really do urge you to act quickly and book yours before they are all gone. Last year saw Gigantic take home Nottingham Post’s their illustrious ‘Retail Business of the Year 2017’ award, and with even bigger things planned for the new year you know we are the very best place to come whenever you are planning your big night out!

That's all we have for Asylums! Check out their upcoming shows