Get Up Stand Up! The Bob Marley Musical Room On The Broom Live

Room on the Broom flies back into the West End! A Journey to the Past

A one night only celebration of Ahrens & Flaherty. La Voix in London for one night only! Maria Caruso’s Metamorphosis in London for 2 performances only!

The Simon and Garfunkel Story

Experience the stories and songs of Simon and Garfunkel in this unmissable concert production.

Located in Shaftesbury Avenue, the Lyric Theatre is a popular West End theatre. It has a seating capacity of 915 on four levels. C. J. Phipps built the theatre for the producer Henry Leslie. The light opera of the latter hit “Dorothy” made him enough profit to finance the project, as well as transfer the show to open the new theatre on 17th December 1888.

Welcome to the Lyric Theatre

The Lyric is the oldest theatre on Shaftesbury Avenue. Initially specialising in musical theatre, it continued to be the same throughout its history. During the venue’s first 40 years, productions included The Mountebanks (1982), His Excellency (1984), The Chocolate Solider (1910) and Lilac Time (1922). The Lyric has also staged several non-musicals ranging from the works of Shakespeare to Noël Coward. Stars who have graced the theatre with their performance include Marie Tempest, Ellen Terry, Tallulah Bankhead, Laurence Olivier, and Vivien Leigh. More recent actors to play here include Ian McKellen, Woody Harrelson, John Malkovich, Glenda Jackson, and Alec Guinness.

The Architecture and History of the Lyric

In 1932 and 33, the beautiful bars and foyer underwent refurbishment. Later, in 1994, the majestic façade was restored. Although the theatre has undergone various renovations, it still uses an outdated electric pump which amazingly still operates the venue’s remarkable iron curtain. The Lyric Theatre was originally constructed around an already present structure which was once Sir William Hunter’s home and museum and dated back to 1766. While many knew the venue for its comic operas, it gradually became a popular stage for musicals, comedies, and straight dramas.

As opposed to several other theatres in the West End, which have faced difficult times throughout their existence, the best shows at the Lyric by famous playwrights such as J. B. Priestley Eugene O’Neill and George Bernard Shaw kept the theatre standing strong in both its good and bad times. In 1960, it became Grade II listed and is owned by Nimax Theatres today.

Fun fact: A bomb hit the Lyric Theatre during WWI. Some say an Usherette killed in the blast haunts the venue.

Before Nimax Theatres bought the venue in 2005, Lloyd Webber’s Really Useful Group purchased it in 2000. Productions before then included Fanny Burney’s A Busy Day (2000) starring Sara Crowe and Stephanie Beacham, followed by Brief Encounter’s stage adaptation starring Christopher Cazenove and Jenny Seagrove in the same year. Shows at the theatre in the 2000s came one after another and did not let the venue down. 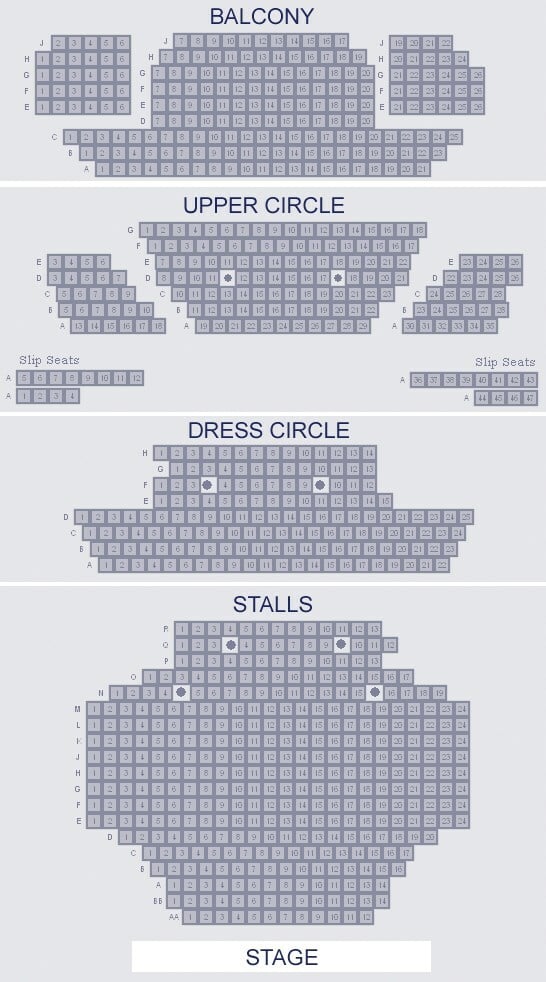