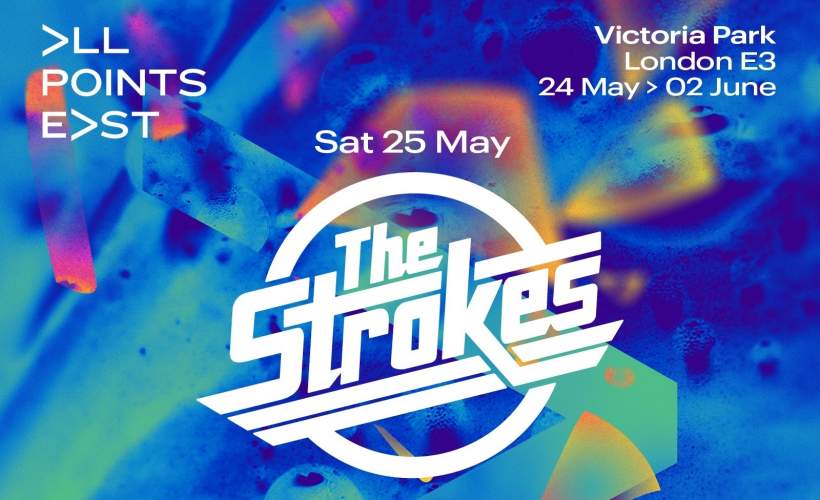 There can be few acts that are as truly iconic as The Stokes. The very definition of New York cool, The Stokes are everyone’s favourite band for a reason!

Get excited - because The Strokes have just been announced as a headliner for the huge All Points East day festival at Victoria Park in London. Famed for always bringing together an immense line up, each support could be a potential headliner in their own right and includes The Raconteurs, Interpol, Johnny Marr, Parquet Courts, Jarvis Cocker, Courtney Barnett and many more! All the action takes place on Saturday 25th of May so grab your All Points East ticket today!

It almost goes without saying, but we are so very excited to be able to offer you tickets for The Strokes. Gigantic makes placing your order easy as you can browse and book from our site 24/7 whilst at home or on the move using your tablet, smartphone or computer. Make sure you act fast and book yours before they all go!


Formed towards the end of the 90’s, The Stokes phenomena exploded just after the turn of the century to become the spearhead of the garage rock revival with the release of their classic debut album Is This It in 2001. Almost overnight, they gave western guitar music a vital shot in the arm and suddenly rock and roll became stylish and cool once again.

Having cemented themselves as the world most in-demand band, subsequent album releases became a monumental event in music. Their following titles include Room On Fire, First Impressions Of Earth, Angels and Comedown Machine.

It may have been some time since The Strokes have produced a new LP, but their dedicated fans eagerly await the possibility of a new record.

With only limited supplies of The Strokes concert tickets ever made available by promoter, we really do need to make you aware that you have to book yours as they will sell out - fast! Gigantic offers a huge range of choice on the hottest gig tickets and has been providing excellent customer service for over ten years, meaning you know we are the only place to come whenever you are booking for your big night out!

TOM talks about of his love of The Strokes

The Who, The Strokes, Madness, Metallica and loads more!

Gigantic has tickets for The Strokes

That's all we have for The Strokes! Check out their upcoming shows