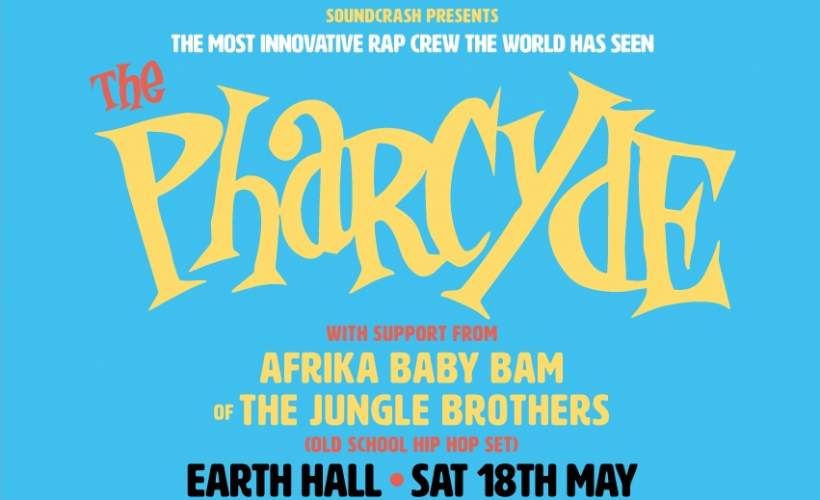 Seminal group The Pharcyde have pushed forward the sound of West Coast hip hop ever since their formation in 1989. They have continued to be inventive, combing flawless lyrical flow with inventive breaks to become compelling funky rap.

You know you need to see them. So, grab tickets for their headline gig at KOKO in London on Thursday 13th of September. Plus, they play support for incredible pairing Black Star (Yasiin Bey and Talib Kweli) when they takeover Indigo at The O2 in London on Saturday 26th of August 2018.

As you would expect, as the excitement builds then so does the demand so you will have to act fast and book your The Pharcyde tickets quickly or you may well be left disappointed. You can place your order with Gigantic for your chosen gig tickets using your smartphone, tablet or computer 24/7 either whilst busy on the go or when relaxing at home.

An influential alternative rap quartet from South Central Los Angeles, the Pharcyde was formed by MCs/producers Tre "Slimkid" Hardson, Derrick "Fatlip" Stewart, Imani Wilcox, and Romye "Booty Brown" Robinson. Hardson, Wilcox, and Robinson were all dancers and choreographers who met on the L.A. underground club circuit in the late '80s, worked together for a while, and served a stint as dancers on In Living Color. Stewart, meanwhile, performed at local clubs and eventually hooked up with the others in 1990. Under the tutelage of Reggie Andrews, a local high-school music teacher, the group learned about the music industry and the process of recording an album. They landed a deal with Delicious Vinyl in 1991, and a year later released their eccentric debut album, Bizarre Ride II the Pharcyde, which went gold.

After support slots for De La Soul and A Tribe Called Quest as well as a successful spot on Lollapalooza's second stage in 1994, the group released its second album, Labcabincalifornia, which was calmer than their first but no less warped. After a five-year break which saw little action except for the debut of Stewart as a solo rapper (his single "What's Up Fatlip" became an underground hit), the Pharcyde returned in late 2000 with their third album, Plain Rap. The group fractured even more during the subsequent three years, leaving only two members -- Imani Wilcox and Bootie Brown -- to man 2004's Humboldt Beginnings.

Stocks for all events are limited, so you will have to book your The Pharcyde concert tickets early or run the risk of missing out. Gigantic has been proud to provide excellent customer service for ten years, so you know we are the right place to book your essential gig tickets whenever you are planning your big night out. 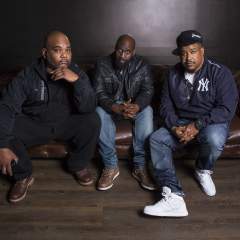 That's all we have for The Pharcyde! Check out their upcoming shows