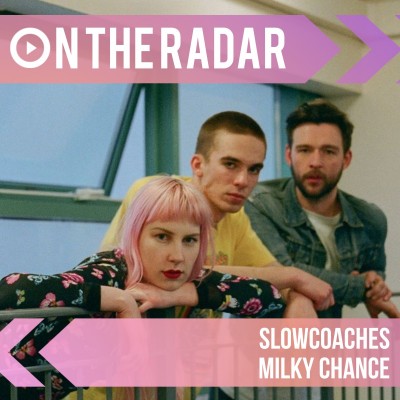 Sometimes you just need it hard, fast and loud. Fortunately, that is exactly what Slowcoaches do extremely well. The London based trio includes bass playing vocalist Heather Perkins, drummer Jack Davis and Matty Dixon on guitar who have developed a style they call Slack Metal. For the uninitiated, this means a full frontal assault of noise which takes the power of metal and the no care attitude of punk and grunge.

They announced their arrival to the world at the end of last year with the release of debut album Nothing Gives through independent label Leisure & District.

“Some of the stuff that happened while we were writing and recording these songs was pretty dark, and I don’t mean that in a flippant or melodramatic way. I suffer from severe anxiety and Matty was struggling financially at the time. But when you sit down and listen to it, the songs come across as quite positive and upbeat. I think that’s what makes it a great album. There’s an underlying rawness and realness but it’s almost packaged up with a bow around it.” - Heather Perkins

More recently, the band have just released the video to the single Living Out. Taken from Nothing Gives, the song sees Perkins veer from apathy to anxiety whilst considering her into life whilst sat fully clothed in the bath in an apt imitation of getting ready for a big night out she really cannot be doing with.

Despite the highly articulate indifference conveyed through their music, the three-piece remain a vital live band so do not miss out on their October tour which takes them to Manchester, Nottingham, Bristol and Oxford.

Having topped the charts across most of Europe with debut single Stolen Dance and confidently breaking the Top 40 in the UK, it’s a surprise that many have still to discover the folk inflected electronica of Milky Chance. The German trio consist of producer Philipp Dausch plus guitarists Clemens Rehbein and Antonio Greger who, with their unique blend of upbeat rock with fresh beats were quick to attract worldwide attention – even appearing on Kimmy Kimmel Live! following the huge international success of the aforementioned song.

Their rise has continued with the release of the awesome debut album Sadneccessary which saw them chart highly across the world, reaching Gold certification in the UK and impressively hitting Platinum in the States.

This year has seen them bring out the incredible follow up album Blossoms, which features the singles Doing Good and the title track of the same name, released just this month. Both songs add a mature layer to sublime pop sensibilities and the album has already been noted as one of the strongest releases this year.

So, catch them when they appear at Leeds / Reading Festival this summer before heading out on tour in November to play O2 Forum in London and O2 Manchester Ritz.