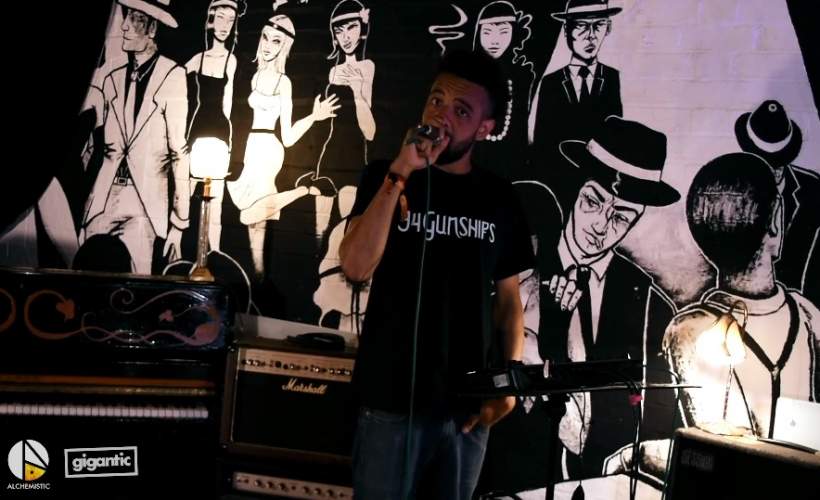 The only thing bigger than the self-made beats of hip hop hero Motormouf (AKA Alex Young) is his personality. The Nottingham legend is a huge character in the Midlands music scene and his mastery of loop sampling interwoven with seamless lyric flow wanders from the whimsical to astute political commentary and criticism of the powers that be.

Young came to the fore in the local music scene as a member of the band Just James. Describing themselves as ‘Science-Fiction Rock 'n' Roll’, Young and his crew seamlessly fused house, hip hop plus drum and bass with a rock feel which made for powerful live performances and saw them sell out venues whenever they played. They achieved a modest success with the release of their single ‘Red Light Means Go’ which hit #11 in the iTunes Electronic Chart.

Nowadays, Young takes to the stage alone save for his loop pedal and a microphone. Carefully layering his beatboxing which he expertly mixes live whilst confidently rapping or sweetly singing, our Motormouf never fails to impress.