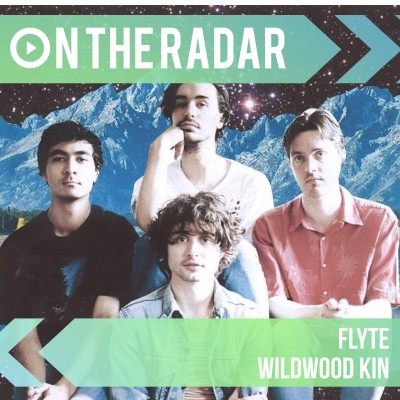 Flyte are the new indie band on the scene you need to know. Bringing together Will Taylor (lead vocals, guitar), Nick Hill (bass, vocals), Sam Berridge (keyboards, vocals), Jon Supran (drums, vocals), the London based band have just signed to major label Island Records and are now poised to take over the world with their songs of coming of age nostalgia and forlorn romanticism.

The boys have already made some impressive gains having seen their cover of Joni Mitchell’s ‘River’ amassed over 1 million streams via their Facebook page, plus their singles ‘We Are The Rain’, ‘Closer Together,’ and ‘Light Me Up’ have collectively been played 1.5 million times on Spotify.

With their debut album just around the corner the London based lads are giving a taste of what to expect through the release of their incredible singles starting with ‘Echoes’. Produced by Burke Reid, the song reveals the band’s tender side and is sure to win them more fans.

“We wanted to start with something thoughtful and introspective. Echoes is a turning, twisting melody about trying to hold on to meaning, living in the afterglow of a significant moment in time.”

This has been followed up by the ethereal song ‘Victoria Falls’. Capturing the everchanging nature of the waterfall found at the border of Zambia and Zimbabwe and comparing it to the allure of a mysterious woman, the song shows a maturity that belies their youth.

They have just announced brand new headline dates at Waterfront Studio in Norwich, Newhampton Arts Centre at Wolverhampton, The Cookie at Leicester during September and then The Cellar Bar at Oxford in October giving you the chance to see just how damn amazing they are for yourself.

Flyte tickets will become available at 12:00 on Wednesday.

Wildwood Kin are the highly acclaimed Alt-folk three-piece combining the talents of Devonshire sisters Beth and Emillie Key and their cousin Meghann Loney. Despite having only formed less than two years ago, they have been quick to impress critics and audiences already enjoying commercial success after taking home the BBC Radio 2 Young Folk Award in 2015.

"When we first started playing I just had my guitar and a tambourine, Meg just had a cahorn and a box drum. But we have all just evolved over time. All of these instruments are quite new to us and hopefully it's a sound that is developing over time. It's so much fun performing on stage" - Emillie Key

The band benefitted from prominent airplay last year when their stunning single ‘Warrior Daughter’ was well received and spent several weeks on the BBC Radio 2 playlist. The summer then saw them hit the festival circuit, making appearances at Glastonbury and Cambridge Folk Festival, stopping to pick up the Bob Harris Emerging Artist Award at the UK Americana Awards along the way.

With the girls gearing up for a London show at The Islington on Thursday plus further headline shows later in the year, they have just released new single ‘Run’. A rousing explosion of passion, the song really shows off their skill for holding a harmony plus their instrumental talents.