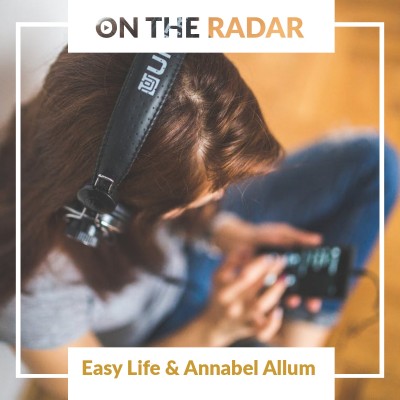 Coming from the more chilled side of hip hop and layering it with plenty of soul, Easy Life are the new Leicester band that everyone just can’t get enough of. Having captivated the music press with the release their laid-back single ‘Pockets’ in November, the beginning of the new year saw a flurry of excitement being made the subject of numerous articles by discerning music critics and listed by NME as one of the acts you need to know in 2018.

“We all bring different influences to the table. We love many Hip Hop artists and listen to a lot of soul and funk artists as well. A band we could listen to on any van journey as part of the influence behind us is Anderson .Paak and the Free Nationals.” - Olly

Riding high on the accolades, the Leicester lads have recently released their extraordinary ‘Creature Habits Mixtape’ EP which sees the quintet leap off into funky jazz exploration and show off their impressive vocal command which seamlessly slides from MC flow to sublime neo soul and melodic harmonies.

Their latest track is the brand new single ‘Frank’. Taking a more upbeat approach to their typically ultra chilled style, ‘Frank’ is dripping with all the glamour of West Coast decadence yet closer inspection of the lyrics reveals an inner vulnerability.

“I wrote ‘Frank’ in a cripplingly anxious and introvert state, about a summer fling that got seriously out of hand. At the time I was gutted and, at best, very confused: even now when we play it, I still feel a little uneasy.” - Murray

Making good on their promise to make 2018 their year, Easy Life further their bid to become rightly huge by embarking on a massive tour in November. But if you can’t wait till then, you can also catch them at Y Not Festival which takes place at Aston Hill Farm in Derbyshire from Thursday 26th till Sunday 29th of July.

Annabel Allum is the Surry born songwriter loaded with attitude and applying many layers of distortion to her hymn-like story telling style rock which can either feel ethereal or utterly scathing. Her knack of writing compelling hooks combined by her direct yet enigmatic vocal delivery makes for a captivating listening experience and has seen her receive critical acclaim from the likes of DIY, FADER and The Line Of Best Fit while Huw Stephens takes any opportunity to play her on his BBC Radio 1 Show.

Allum has earnt a reputation for the high quality of her studio recordings, starting with her debut E.P. ‘Absent’ which starts which ebbs and flows with ever growing emotional weight that was released in 2015 by Till Deaf Do Us Party Records. It would be two years later by her second extended player ‘All That for What’ which saw her sign to Killing Moon Records and would take a harder edge, centred around a lo-fi rock sound.

Her incredible output has continued this year with the single ‘Beat the Birds’, which with its satisfying snarl and growling guitars just begs to be played loud. Plus ‘RASCAL’, a confessional number through which Allum explores her own identity by revisiting those moments in her life she feels have come to define her in the minds of others.

“I’ve made a lot of mistakes, which I’m still learning to forgive myself for. 'Rascal' is about me accepting what people think of me, and trying to get on with it anyway. No one's perfect and I’m certainly not. It’s really just a sad documentation of not thinking highly of myself at all.”

‘Beat the Birds’, ‘RASCAL’ and her most recently released single; the dark and mysterious track ‘em(ily)’ are all taken from third EP ‘Sorry I’m Not Perceptible’ which Annabel Allum promotes with unmissable gigs in October.