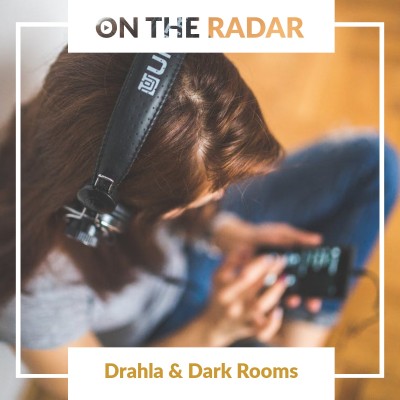 Lacerating Leeds based three-piece Drahla are bassist Luciel Brown, guitarist Rob Riggs and drummer Mikey Ainsley. Formed after Brown and Riggs returned to the North having spent a spell in London, the trio are purveyors of fine art rock and have drawn from the rich Yorkshire soil to grow and become the band of choice by such esteemed publications as DIY, Loud & Quiet plus feature on BBC 6 Music.

Last year saw the release of their intense four track EP ‘Third Article’. The EP is rapid romp of no wave explosion, complete with finger shredding bursts of frenzied guitaring, bowl over basslines and whaling saxophones.

Recorded by Matthew Johnson of Hookworms fame in his very own Suburban Home recording studio hidden in their hometown, Drahla were able to take advantage of the plethora of vintage equipment to create a record which sounds satisfyingly live whilst being full and lush, capturing a real sense of immediacy without suffering from any of the typical drops in quality which often come with the DIY aesthetic.

‘Third Article’ is available through the band’s very own label Blank Ad on MP3 and limited edition one sided 12” vinyl through their Bandcamp page.

Having recently been invited to perform at Robert Smith’s Meltdown Festival, Drahla are looking forwards to a massive year which has already seen the release of their new single ‘Twelve Dimensions of the Day’ with the promise to bring out more new material later in 2018 through independent label CapturedTracks. You can catch Drahla at Nottingham cool spot The Bodega on Friday 29th of June where they are supported by experimental guitar riff rioters JC Decaux.

Drahla tickets are currently on sale.

Kansas born composer, photographer and all-round polymath Daniel Hart is famed for having scored the music for such acclaimed films as David Lowery’s ‘Ain’t Them Bodies Saints’ and Disney’s recent live action adaptation of their classic animation ‘Pete’s Dragon’ plus working with his indie pop band The Physics Of Meaning in addition to his solo work.

Combining his years of experience and boundless talent, Hart started his band Dark Rooms after being inspired by touring with such creative luminaries as St. Vincent, Broken Social Scene and The Polyphonic Spree.

Hart brings Dark Rooms on over to the UK for just a few unmissable headline performances in October. Don’t miss out and book your ticket right now!

Dark Rooms tickets are released at 10:00 on Friday