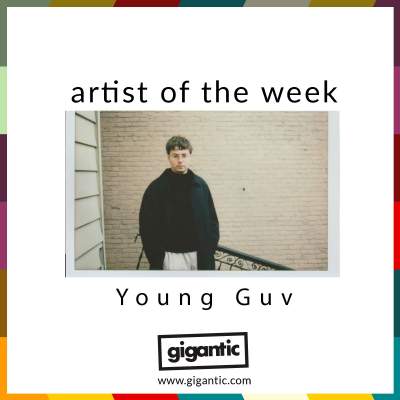 If you’re looking for the true sound of alternative, then you need to know Canadian songwriter Young Guv (aka Ben Cook). His unique take on bedroom recorded indie pop was first heard on dual debut albums GUV I and GUV II – immediately establishing him as a cult icon.

Currently finding his own path in alt-country with singles “Cold In Summer” and “Maybe I Should Luv Somebody Else”; Young Guv continues to grow into a lo-fi legend. Don’t miss his UK shows later this year!

Toronto born musician Ben Cook was already creating his idiosyncratic sound when he chose to relocate to vibrant Brooklyn. Taking an unprecedented approach to pop music, his charming lo-fi style attracted a cult fanbase who enjoyed his unique sound which embraced twee indie rock, layered with a slightly psychedelic feel.

The move would prompt an incredible spurt of prolific writing, leading to not one but two albums in a short space of time. And in 2019, Cook would release both GUV I and GUV II which have become instant underground classics and established him as an underground legend.

Last year was abrupt, to say the least, for everyone and it seemed like everything had fallen silent with Young Guv. Cut off from the rest of the world because of COVID, Cook described his and the band’s living conditions akin to “an Earthship on the mesa desert. An off-grid capable, self-sustaining structure built with tires and trash from the mind of a mad man.”

Fans feared that this meant they wouldn’t be hearing any new music anytime soon, but they were told there were plans “to experiment later this year with different ways of releasing music and to sidestep the corporate bullshit when I can.”

In August, Young Guv made his welcome return when he dropped “Cold In Summer”; a wonderfully down-tempo country-tinged anthem that signalled a new direction for the enigmatic songwriter. Cook finished off 2020 with his latest single “Maybe I Should Luv Somebody Else” which continued his forays into alt-country, whilst also making good on his promise to avoid mainstream outlets.

“After such an intense year, I thought I’d share something warm and fuzzy I made in the high desert mountains with my gang. The video was shot outside of our pyramid with a $10 camera I thrifted in town. This is a Bandcamp only release because I can’t stomach supporting Spotify and the other techno-fascist streaming pigs. 2020 has shed light on a number of important issues and how musicians are treated so unjustifiably wrong is one of them for me. It is no longer the time to support such things. It has to be rethought.”

You never know quite what to expect from a Young Guv show, and we are very excited to offer tickets from his UK gigs scheduled for April. Grab your ticket before they go!