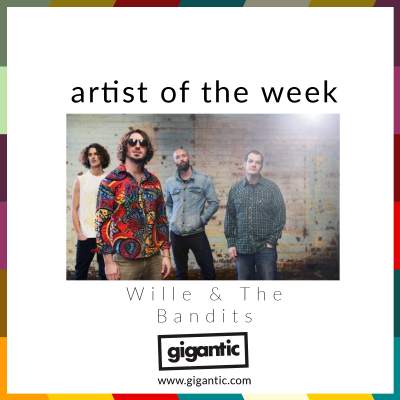 Bringing back the true spirit of rock and roll! Wille & The Bandits fuse together a wide range of genres, including blues, Latin, folk and rock into a dynamic sound all of their own. Their huge riffs, innovative attitude and smokey vocals have drawn comparisons with Led Zepplin, Pink Floyd and John Butler Trio – and have all the ingredients to become the next legendary British band.

Based in Cornwall, Wille & The Bandits keep it real by staying close to their roots rather than serving the demands of the corporate music industry and moving the capital. It’s this authenticity which has tapped into the souls of their devoted listeners, with their fanbase continually growing.

The past decade has seen the release of five albums, with titles including New Breed (2010), Breakfree (2012) Grow (2013) and Steal (2017). Their latest record Paths which dropped in 2019 and is widely acknowledged as their best work yet!

“Inspiration behind the album Paths are the different paths people take in life opening up to paths that are political, personal what we are born into. All these paths are reflected in the lyrics every song as a path to explore from climate change that affect politics and impact on the world. About searching for a father searching for what path to follow.” – Wille Edwards

Wille & The Bandits currently have a headline tour booked, with tickets on sale with Gigantic!

Willie and the Bandits Tickets