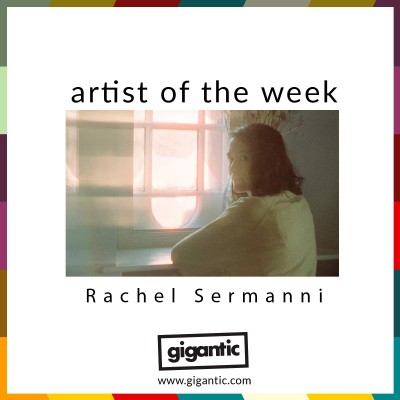 Creating a unique sound she calls folk noir, the invigorating sound of Scottish songwriter Rachel Sermanni twists the traditional into a wonderfully fresh form which can be heard on three albums, many EPs and earned her fans around the world.

Following the release of her Swallow Me EP which contains her powerful single “Brighton House”, Rachel Sermanni announces a tour with headline dates scheduled for November.

Carrbridge based songwriter Rachel Sermanni may cite such greats as Bob Dylan and Eva Cassidy as influences but takes a deeper and darker path of her own. Sometimes fusing elements of rock and even pop, her music defies convention whilst never shedding a timeless feel.

Her debut EP The Bothy Sessions was recorded with the aid of ten friends deep in a Highlands Forest and released in 2011. The following year, she teamed up with producer Ian Grimble (Texas, Travis, manic Street Preachers) to record her acclaimed debut album Under Mountains which was a huge initial success, comfortably breaking into the Top 40 in both the Indie and Scottish album charts.

The following years would see an intensive period of touring, with Sremanni travelling all around the world and playing to a truly international audience. Now comfortable working away form home, second album Tied To The Moon embraced a raw, grunge feel captured in a Canadian studio, recorded in Nova Scotia and released in 2015.

It would be four long years before Sremanni dropped third album So it Turns. Her return brought with it a darker, more reflective sound which chimed with a world entering a difficult period. Her music reflected the conflicts which arose with the Trump presidency and was elegantly crafted to encompass a wide array of emotions and sounds.

Touring the US whilst pregnant, Sremanni penned what would become her Swallow Me EP before returning to Scotland and entering the studio. Her latest work, released just a couple of months ago, charts her hopes and expectations of motherhood, revealing an intimate glimpse into both the living changes and spiritual growth birth brings about.

As part of her preparations of becoming a mother, Sremanni spent time at a Buddhist monastery to reflect on the direction of her journey and how she can bring about balance with her work life and new responsibilities. Her thoughts and feelings poured into the new music, including lead single “Brighton House”.

“This song is me asking for some sort of relief, or maybe release. I'm basically asking that the universe give me a break or, at least, a pat on the back. Some form of divine acknowledgement of the heavy lifting I’d been doing (physically and psychologically) in coming to surrender into the changes - of becoming a Ma - and finding love in what felt like a scary situation. In its entirety, with the chorus woven in, it is a balm in that it accepts that this path is my path”

Join Rachel Sermanni as she moves into an exciting new era of her life. She has announced a tour in support of her EP Swallow Me and tickets are on sale with Gigantic.