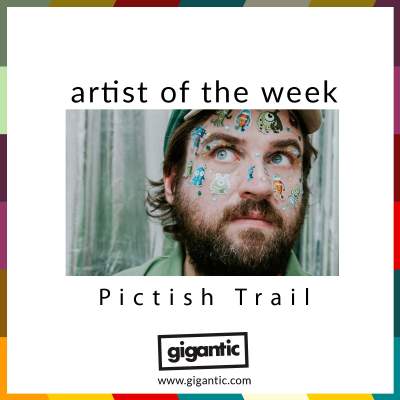 True creatives find their own path, and no-one sounds quite like Pictish Trail. His genre blending sound and esoteric lyrics transform traditional Scottish sounds and adapt them with DIY electronica modified with a chiptune feel. Huge popular in indie circles, he has previous won a Scottish Album of the Year Award for his acclaimed album Future Echos.

Now, with the release of his new album Thumb World comes an accompanying tour – tickets on sale with Gigantic.

“A real hero of the Scottish underground scene” – Huw Stephens

Originally working under the moniker The Pictish Trail; pioneering songwriter and producer Johnny Lynch wrote and recorded his first record on a home computer in 2003 via Fence Records. But it wasn’t until a further three years that his true debut album Secret Soundz Vol. 1 came out, revealing a new creative force whose unique fusion of folk and electronica with indie sentiments would mark him out as a true fan favourite and rapidly gain cult status. Over three years, he would follow up with his In Room mini album plus Secret Soundz Vol. 2.

In 2016, Lynch would lose ‘The’ from his stage name and release Future Echos as simply Pictish Trail. His most celebrated record to date, it includes the singles "Far Gone" and "Dead Connection" which made a huge impact of his growing fans whose votes saw him receive the Scottish Album of the Year Award. But despite the colossal success, it would be four long years till fans were once again treated to a new Pictish Trail album.

Thankfully, Lynch returned with stunning fourth album Thumb World last year; his wonderfully bizarre analysis of a realm which has ceased to grow externally and now connects us to each other digitally in a new cybernetic dimension accessed by our stubbiest digit; “Our opposable thumbs are the things that separate us from most other animals on Earth, they are also the things that we use to swipe on screens, to separate ourselves from our normal lives, but which in turn trap us within an artificial reality.”