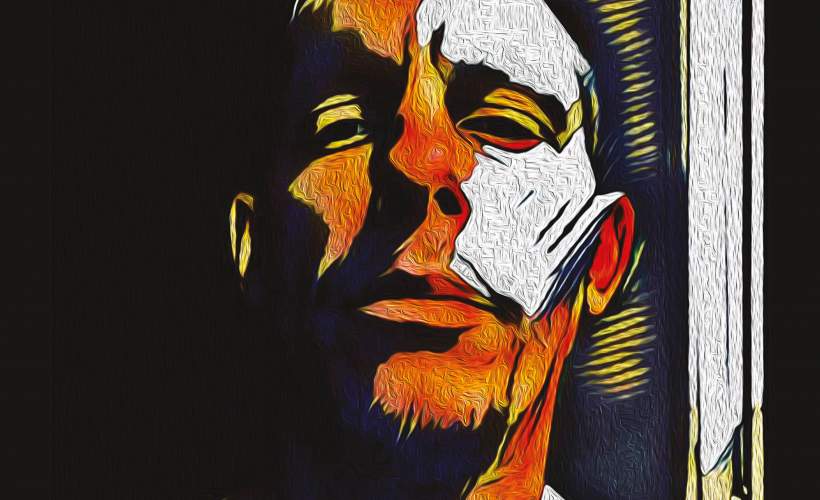 "Great gig, all of the band were excellent."

The tight sound, rhythmic and dynamic variations, added to stimulating lyrics and themes, not forgetting playfulness, puts me in mind of Kevin Morby and his Band (Harlem River, Singing Saw, City Lights) - though Meg takes some beating on bass (as good as Sam is)!
Book more gigs soon!

Don’t let Laurence be silenced - free speech is
for everyone. Please discuss kindly (and intelligently).

Laurence Fox announces his tour for the new year. You can see him at The Deaf Institute in Manchester, Brudenell Social Club at Leeds, Thekla at Bristol, London Oslo, The Bodega at Nottingham, The Bullingdon at Oxford and Patterns in Brighton during February 2020.

Laurence Fox was born in Yorkshire and educated at Harrow School from the age of 13. Laurence soon discovered his own passion for acting and enrolled at the acclaimed Royal Academy of Dramatic Art (RADA), graduating in 2001. Having played the lead role in a number of theatre productions throughout his time at RADA, Laurence is perhaps best known for his plethora of TV work and leading role as DS James Hathaway in ITV drama, Lewis from 2006 to 2015. More recently, Laurence has extended his passion as a singer songwriter and launched his debut album, Holding Patterns in February 2016.

Having secured his first film role in Nick Hamm’s horror-thriller, The Hole in 2001, Laurence quickly went on to appear in Robert Altman’s Academy Award winning, Gosford Park, followed by a number of uniformed roles including Deathwatch, The Last Watch and Colditz. It was his role as Captain Tom Willis in Colditz which lead to Laurence’s casting as DS James Hathaway in Lewis, ITV’s highest rated drama of 2006. Other notable TV work has included Foyle’s War, Jericho, Egypt, Whatever Love Means and ITV’s adaptation of E.M Forster’s A Room with a View amongst others. Laurence is currently filming alongside Mel Gibson, Natalie Dormer and Sean Penn in The Professor and The Madman.

Adding to his résumé, Laurence released his debut album, Holding Patterns in February 2016. A keen guitarist, Laurence has spent many years playing open-mic nights and intimate gigs across the country and sees music as his biggest passion alongside his acting career.

Laurence released his second album A Grief Observed in November 2019, which was co-produced by the award-winning Jonathan Quarmby. The album went straight to the top of the Amazon’s Movers and Shakers chart.

Gigantic is the very best place to book your Laurence Fox concert tickets, but with only limited supplies being made available, we do urge you to place your order before they are all snatched up.