"Justin Currie at the Jazz Cafe"

A wonderful show from an incredibly talented songwriter and singer at a great London venue. It was a great evening where the tracks from his latest solo album were as a well-received as earlier solo work and Del Amitri favourites, with good reason - the latest solo album (This Is My Kingdom Now) is superb!

Good venue, lovely bar area (with polite friendly staff) and Justin Currie was fabulous (as ever)

"Brilliant performance by one of the world's greatest living songwriters"

Justin and The Pallbearers were fabulous. Justin sang a wonderful selection of his solo songs and some iconic del songs.

A fantastic gig at a great intimate venue, really enjoyed it 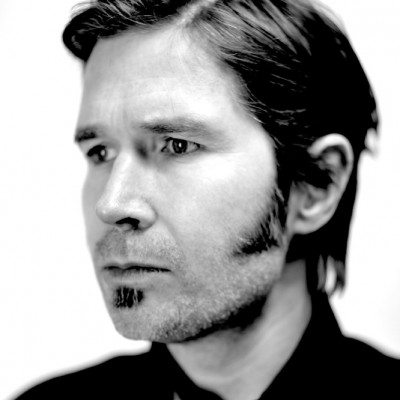 He has just announced an extensive UK tour which takes him to Manchester Academy 3, Glee Club at Birmingham, Warehouse 23 at Wakefield, Norwich Waterfront, The Globe at Cardiff, Exeter Phoenix, Nottingham’s Rescue Rooms and The Old Market at Brighton during October and Jazz Café in London during November, 2017.

With his popularity ever growing, you will need to act fast and book your Justin Currie tickets before they are snatched up. You can place your gig tickets order using a tablet, computer or smartphone.
Justin Currie has plenty of experience in defying musical expectations. He was still in his teens when he co-founded Del Amitri in his hometown of Glasgow. Between 1982 and 2002, the band evolved from resourceful D.I.Y. indie combo to international hitmakers, releasing six much-loved studio albums before amicably parting ways.

"It's a big difference being a solo operator," Currie observes. "What you lose in companionship, support and input, you gain in creative control. But most of the elements of what I do haven't changed all that much. I'm still looking for melody and lyrics that I can feel something from, and trying to put them into the standard structures of the rock or pop song. I love those structures; to me, the verse/chorus/middle-eight thing still seems filled with endless unexplored possibilities."

The combination of uplifting tunes and darker lyrical themes has long been a recurring motif in Currie's songwriting. "Del Amitri were often described as 'bittersweet' for that very reason," he notes, adding, "Do I do this deliberately? I don't know. I am an enormous devotee of pop melodies, from Cole Porter to Amy Winehouse, Smokey Robinson to Buzzcocks. Lyrically, more often than not, I seem to gravitate towards the ambiguity of feelings, the struggle with motivations and doubt in relationships, self-loathing and disappointment-somber things sometimes, but with a scintilla of hope, or at least catharsis. As a songwriter, I use melody to make all of this less maudlin, hopefully, and to create tension.”

"I love to undermine a lyrical conceit with a contrasting tune," Currie asserts. "I like to sew doubt in the listener's mind. Does he mean these things? Is this song actually as melancholy, defeatist or cynical as it seems? Or is this guy a romantic who's optimistic about the consoling power of love?”

"If I have a mission as an artist," he concludes, "it would be to get a little more poetry into the great warehouse of rock music. All I can do is get it out there and fight to be heard; that's the great war."

As there are only limited amounts of Justin Currie concert tickets being put on sale we do advise you to book quickly or risk missing out! Gigantic has been offering excellent customer service for ten years so everyone knows we are the right place to book your essential gig tickets whenever you are planning your big night out.