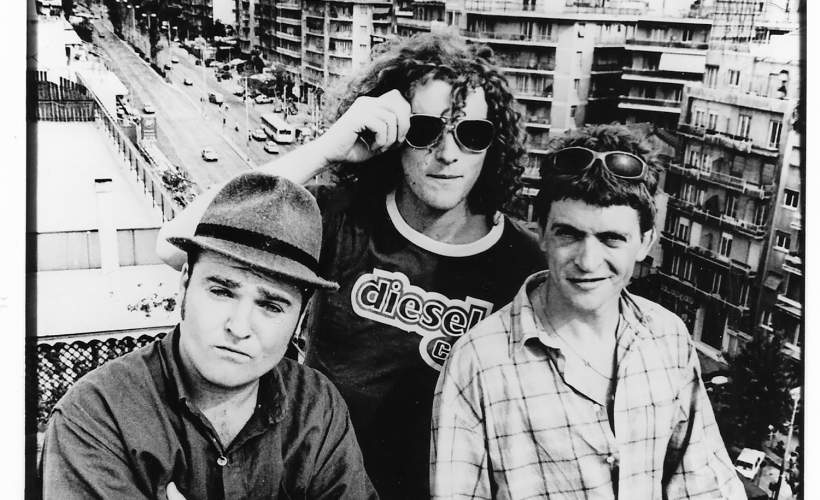 Although most of the songs were from the earlier album which I didn’t know, they put on a great performance ending with my personal favourite Good Enough! They’ still got it and looking good

I knew when I ordered this ticket that it would be awsome....dodgy acoustic (ish) was the words nigel the lead singer come on with....holding a gretsch 6120 paired up with a vox ac30.....3 part harmonies on classics such as 'found you' 'if your thinking of me' and 'good enough'...they ended their first set .. ..only to dig deeper with songs such as 'homegrown' 'staying out for the summer'....for the 2nd part of the show....the stories... the intimate venue...was everything i thought it would be .....if it's good enough for you ...it's good enough for me!! X

Dodgy - Staying Out for the Summer

Dodgy - Staying Out for the Summer


Dodgy never were taken seriously. Then again, they never wanted to be taken seriously. As the clowns of Brit-pop, Dodgy carved out a niche with their infectious, goofy punk-pop that alternately sounded like the early Who and the Stone Roses. While they had a number of hit singles in the U.K., highlighted by "Staying Out for the Summer," their quirky British humour prevented them from landing an American record deal for several years. Nevertheless, Dodgy were able to maintain a devoted cult following into the late '90s, as they kept turning out catchy, silly power pop tunes.

Calling all fans; Dodgy have just announced an autumn tour which takes them to Gloucester Guildhall, Chinnerys Southend, Sub 89 at Reading, Wedgewood Rooms at Portsmouth and Cambridge Junction during November 2019.

Gigantic is thrilled to be able to offer you Dodgy tickets. But as the word spreads the demand grows. So, make sure you are quick off the mark and book your tickets before they are all taken. Placing a booking is made easy as you can visit Gigantic 24/7 using a tablet, computer or smartphone whilst relaxing or when on the go.

An early version of Dodgy formed in the late '80s, when Nigel Clarke (vocals, bass) and Mathew Priest (drums) moved from their native Birmingham to London. As they began working odd jobs, they placed an advertisement for a guitarist, eventually recruiting Andy Miller. Over the next few years, Dodgy played frequently, including regular stints at the Dodgy Club, where they made their live debut. In 1991, they formed their own Bostin' record label to release their own singles, including "Summer Fayre" and "Easy Way." By the end of 1992, Dodgy had earned a sizable following, attracting the attention of major labels. They signed a contract with A&M later that year, releasing their debut, The Dodgy Album, in May 1993. The record was praised by the British music press, and Dodgy soon became regulars on the emerging Camden pop scene, which was headed by Blur.

Dodgy returned during the fall of 1994 with the single "Staying Out for the Summer," which became their first Top 40 hit. It set the stage for their breakthrough album, Homegrown, which was greeted with positive reviews upon its October release. Following a year of touring in 1995, the band returned in the summer of 1996 with Free Peace Sweet, which was their biggest hit to date, spawning the hits "In a Room," "Good Enough," and "If You're Thinking of Me," which peaked at number 11.

Clarke left the band not long after Free Peace Sweet, leaving Priest and Miller to fill out the band with vocalist David Bassey, bassist Nick Abnett, and keyboardist Chris Hallam. This incarnation released Real Estate in 2001 but then the band split, only to have the original trio reunite for a tour in 2008. Over the next few years, the trio toured regularly, appearing at festivals along with their own gigs, and they released a new album called Stand Upright in a Cool Place in February 2012. By this point, the band was a going concern: in 2016, they released their sixth album, What Are We Fighting For.

With only ever limited tickets available for any event, we really do urge you to book your Average White Band concert tickets early before they are all snapped up. Offering you superb customer service on a wide selection of essential gig tickets, Gigantic should always be your first stop whenever you are booking your big night out.