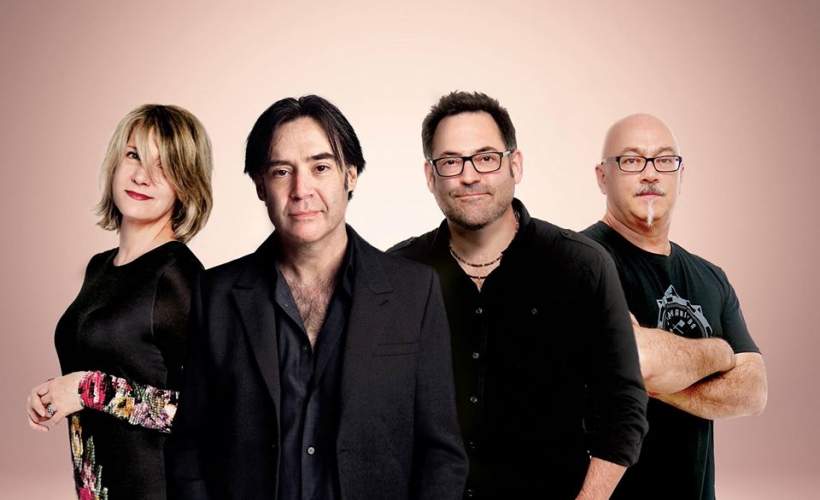 Crash Test Dummies will be playing Manchester Academy 3 on Wednesday 10th of June 2020 as part of their God Shuffled His Feet 25th Anniversary tour.

Fans are all very excited to get their hands on Crash Test Dummies tickets, but as the word spreads the demand grows so book yours before they all go. Gigantic makes placing your gig tickets order easy by enabling access to our site 24/7 meaning you can have a relaxed experience whilst at home or even out and about using your smartphone, tablet or computer.

With their clever lyrics and folk-tinged melodies, the Crash Test Dummies were a perfect rock band for affluent '90s college students and yuppies. Their first album was a multi-platinum hit in their native Canada, but only gained a small cult following in other parts of the world. Thanks to former Talking Head Jerry Harrison's clean, radio-friendly production, the follow-up album, God Shuffled His Feet (1993), broke big in the States and, in turn, Europe. The first single from the record, "Mmm Mmm Mmm Mmm," became a worldwide Top Ten hit, making the group a minor sensation with their self-consciously bizarre lyrics and singer/songwriter Brad Roberts' deep baritone. A Worm's Life followed in 1996, and three years later the Crash Test Dummies returned with Give Yourself a Hand, which found Roberts sharing vocal duties with bandmate Ellen Reid.

Frontman Brad Roberts resurfaced in fall 2000 with a solo album, Crash Test Dude, a collection of acoustic hits from the Crash Test Dummies and eclectic covers. It was also during this time that Roberts suffered a serious car crash, almost losing his arm. Seven months later, however, he returned to the Crash Test Dummies circuit to issue I Don't Care That You Don't Mind, a brand-new batch of songs written with lobster fishermen/musicians whom Roberts met during his rehabilitation. Late 2001 and early 2002 saw more solo albums from the band's members (Ellen Reid's Cinderellen and Mitch Dorge's As Trees Walking), and the Dummies gradually became more Brad Roberts' project than a traditional band. A new three-piece unit consisting of Reid, Brad Roberts and original bassist Dan Roberts released the Christmas album Jingle All the Way in late 2002, but limited distribution made the album hard to find. The album was reissued in late 2003 along with a new album, Puss 'n' Boots, with Reid and Dan Roberts adding to what was originally planned as a Brad Roberts solo album. The trio embraced a more stripped-down acoustic sound on their next album, 2004's Songs of the Unforgiven, while 2010's Oooh La-La! proved to be more symphonic.

Everyone is excited, and we at Gigantic expect our limited supplies of Crash Test Dummies concert tickets to sell very quickly - so make sure you book yours before they all go!

That's all we have for Crash Test Dummies! Check out their upcoming shows