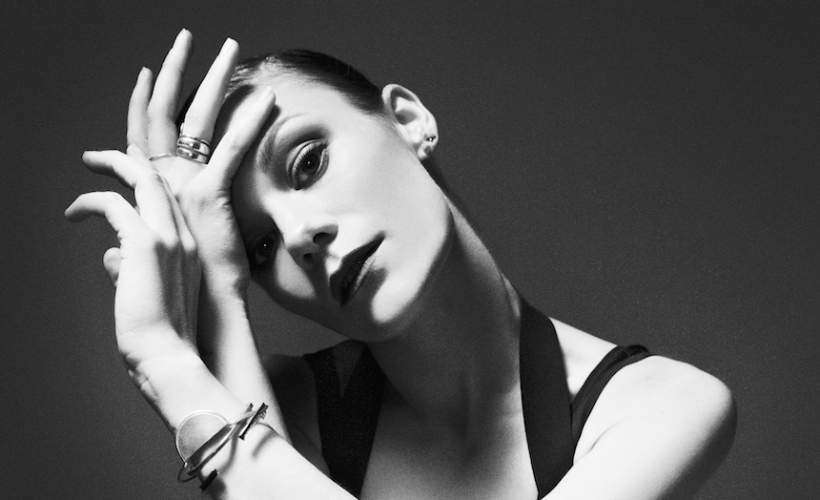 Belgium songwriter Trixie Whitley has a huge loyal audience that spans the globe.

This year sees the release of her third album which is expected to be truly outstanding. She promotes it with a unmissable London gig at Hoxton Bar & Kitchen on Monday 4th of November 2019.

Now is your chance to book your Trixie Whitley tickets with Gigantic, we are very excited and as demand grows it makes sense to act fast and get yours before they are all taken. Gigantic makes selecting your favourite tickets and placing your order easy by enabling access to our site 24/7 using your smartphone, tablet or computer whilst relaxing at home or even busy and on the go.

With the demand so high, we highly recommend that you set a personal reminder with Gigantic which will alert you with a text message or an email just before Trixie Whitley gig tickets are released at 10:00 on Tuesday 16th of April.

From a very young age, Trixie Whitley nurtured a singular creative spirit, springing from her restless inner directive. At the age of three, she made her onstage debut alongside her father, the internationally acclaimed singer-songwriter Chris Whitley. Never resting on her lineage, Trixie set out to craft a unique personal and artistic identity.

Her third full length album “Lacuna” is due out on March 29, 2019. The album was entirely written and recorded in Brooklyn, New York and produced by acclaimed “Run the Jewels” producer Little Shalimar.

Again, please ensure that you place your order as soon as possible because there are only limited amounts of Trixie Whitley concert tickets being made available and with everyone interested, they will not last long!
Gigantic is the award-winning gig ticket vendor with over ten years-experience which provide you with a dedicated customer services team ready to help with your every query when you are looking to book for your big night out. So, we are always the right place to come when you need to get your essential gig tickets.

Porta Bohemica is the name of an old train line that once connected Germany and Austria. Acclaimed singer-songwriter Trixie Whitely, was inspired by the concept of such remote journeys when choosing a title for her latest album. Her sophomore release, Porta Bohemica (Strong Blood Music/BMI), represents an introspective expedition into the depths of her creative identity, culminating in her resolve to fearlessly let go of gratuitous baggage, not needed on future travels.
“The metaphor of an old train line feeds something in my imagination. I related to that sense of travel when making this record because it was an epic undertaking. It involved letting go of my past to embrace my individuality both as a young woman and as an artist. This record has been something of a rebirth for me,” the Brooklyn-based artist says.
From a very young age, Trixie Whitely nurtured a singular creative spirit, springing from her restless inner directive. At the ripe age of three, she made her onstage debut alongside her father, the internationally acclaimed singer-songwriter Chris Whitley. Never resting on her lineage, Trixie set out to craft a unique personal and artistic identity. At age 10, she picked up her first instrument, the drums. The following year, she emerged an intrepid DJ spinning electronica, free jazz, and hip-hop.
Throughout all of this, she developed an affinity for punk rock’s nonconformist and D.I.Y. ethics that permeated her fearless genre-bending and daring life choices. After a nomadic transatlantic existence, living between New York and Belgium, and touring throughout Europe with several contemporary dance companies in her early teens, she quit high school at age 17 and took a job slinging burgers at dive while steadily advancing her music career. One of her early efforts impressed the iconic producer Daniel Lanois (Bob Dylan, Neil Young, Emmylou Harris). He enlisted her to front his own band, Black Dub, with drummer Brian Blade and bassist Daryl Johnson.
Since 2013, Trixie has emerged as a compelling solo artist with three EPs and one full-length in her catalog. Fourth Corner, her full-length debut, garnered acclaim from MOJO, Interview, ELLE, Relix, The Village Voice, NPR and The New York Times, among many other publications. Through its success, she’s toured internationally and earned three nominations, as well as a win for Best Female Artist at the 2013 Belgium Music Industry Awards (MIAs).
Trixie’s prismatic artistry reflects electronica, R&B, the vulnerable ethos of singer-songwriters, and the unapologetic individuality of punk rock. Although her previous effort reflects her broad tastes, it is with her latest that Trixie creates a transcendent musical miscellany. It even took chucking an earlier version of the record and starting over to achieve the meaning and mastery displayed in Porta Bohemica, which flourished with the help of producer Gus Seyffert (Beck, The Black Keys) and Joey Waronker (Atoms for Peace, Ultraísta).
“I wanted to make people think and feel something honest and emotionally complex in my music--that came from me being present in the creative moment. I ended up finishing two records, the second one being Porta Bohemica, and it really came together at the end of the process,” Trixie confides.
The album is bookended by the slow burning “Faint Mystery” and “Visitor.” The tracks are stately and spectral, elegantly vulnerable, and convey a desire for lost love in contrasting yet cohesive form. “When I started recording this album, I wanted to tap into complete openness,” Trixie explains.
“New Frontiers” puts forth a tender, ethereal soulfulness while “Visitor” cuts to the core with Trixie’s honeyed, longing vocals and lonesome piano accompaniment. These tracks are the directional poles of the album, and capture the heart of her artistry. Other standouts include the ominous electronic blues of “Soft Spoken Words” and the lush “Salt.” On “Salt,” Trixie’s vision is at its grandest with rhythmic piano melodies, atmospheric keys, a big guitar riff, and hypnotic hip-hop beats. Throughout the album, Trixie’s lyrics express a resilient emotionality. “I hope my music generates a strength through vulnerability that invites people to be courageous enough to explore what’s inside,” she says.
Porta Bohemica was nearly a two-year odyssey that profoundly changed the artist. “I came to a lot of realizations making this record,” Trixie reveals. “When you let go of your fears, you can start facing your potential and there is an endless palette of possibilities to explore. This is just the beginning, and I feel a lot of excitement and optimism about what’s to come.”