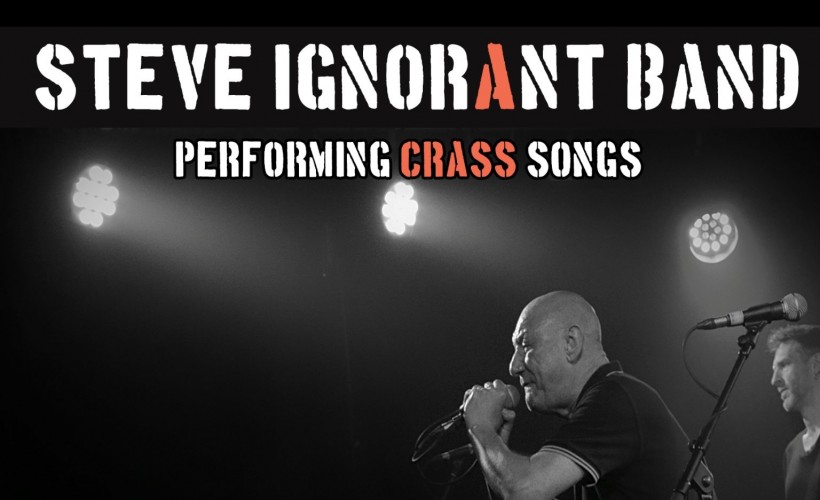 Having cut his punk teeth in Crass, Steve Ignorant’s Slice Of Life - allows for the more contemplative side of Steve’s song-writing to reveal itself. Both personal and universal, Slice of Life present ruminations from the bar stool honed on the late-night walk home.

Musically, the band is built on an acoustic arrangement of piano, guitar and bass. Having shed the punk noise that defined Crass, Slice of Life retains the emotional impact and compassion that has long distinguished Steve’s work.

The band’s popularity has rocketed over the last couple of years which resulted in many new fans and rekindled the interest of many an older punk rocker.

In 2017 Steve and the band toured Ireland and the UK with their very successful WINDSWEPT AND INTERESTING show and played at venues like the 100 Club in London, the Music Hall in Ramsgate, Colchester Arts Centre, Summerhall in Edinburgh and festivals like Rebellion and Glastonbury. 2018 was a totally manic year filled with gigs and festivals (Rebellion, Boomtown, AB Brussels, Berlin Punk Fest) across the UK and Europe. 2019 Slice Of Life’s Tour DON’T TURN AWAY started in April and their third album has been released in August.

That's all we have for Steve Ignorant Band! Check out their upcoming shows