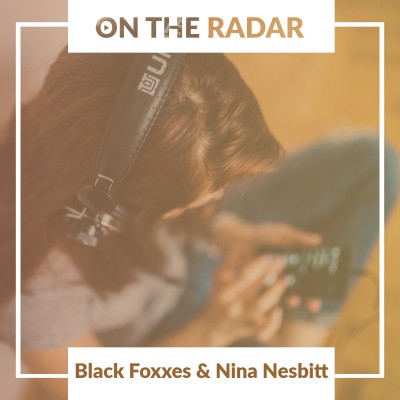 Black Foxxes have just dropped their brand new single ‘Manic In Me’. The latest release from the Exeter three-piece who describe their sound as Depression Pop. In truth, Ant Thornton (Drums), Mark Holley (Guitar/Vocal) and Tristan Jane (Bass) produce inspiring music which taps into deep emotions to create something truly euphoric.

Having first formed in 2014, the trio found inspiration from the darkly emotional rock seeded in grunge and late 90’s indie and fused it with the harder elements of country which they poured into debut EP ‘Pines’. The reaction to their first release was instantaneous and Black Foxxes were signed to the label Spinefarm within a year, going on to bring out debut album ‘I’m Not Well’ in 2016.

With a rousing chorus and an anthemic feel, ‘Manic In Me’ strides that delicate balance between obvious commercial appeal and artistic credibility which combine to become the true formula for success. ‘Manic In Me’ is taken from their forthcoming follow up album ‘reiði’ which is released on 16th of March and is promoted by an accompanying tour.

Nina Nesbitt expertly draws on such disparate sounds as folk, R&B and electronica to create her unique fresh sound for the new age.

Nesbitt came to the fore after being discovered by Ed Sheeran who subsequently brought her along on tour. Her triumphs continued with the release of her Top 20 debut album ‘Peroxide’ in 2014 which featured the single ‘Stay Out’ that reached No. 21, enjoying widespread critical acclaim in addition to charts success. She is in high demand having collaborated with the likes of Kodaline, Feed Me (Jon Gooch) and Goody Grace.

Since the release of ‘Peroxide’, Nesbitt has give herself the space to develop and the first signs of this new mature style were revealed with the self-analysing song ‘The Moments I’m Missing’ plus ‘The Best You Had’ which came out towards the end of 2017.

Her latest release is the single ‘Somebody Special’. Released early 2018, the song details the re-awaking of self-worth caused by meeting someone who triggers all those extraordinary feelings and is one of the year’s first crucial tracks which sets her up for her upcoming tour where she can reveal more of her new material.

“I wrote most of Peroxide when I was 17, 18, and I was trying to figure out who I was, let alone what type of music I wanted to make. I never once thought about melody on that album, which seems completely mad now. There were a lot of influences and styles, a lot of experimenting. Working with other artists and writers over the past couple years has really given me a clear idea of my strengths and weaknesses and what is unique about me as an artist. I figured it's my storytelling lyrics, falsetto range and tone of voice, so I write songs to utilize those.”

Nina Nesbitt has announced a handful of unmissable shows for 2018 which are on sale right now!

She also appears at Wychwood Festival which takes place at Cheltenham Racecourse from Friday 1st until Sunday 3rd of June.