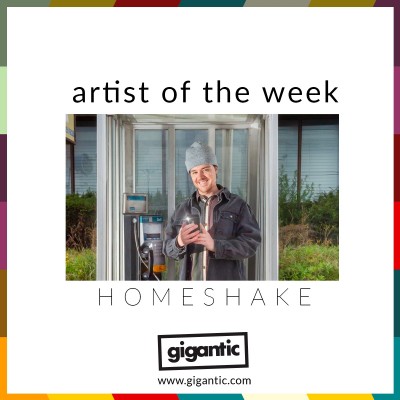 Combining lofi-indie and dream pop with R&B and electronica; Montreal multi-instrumentalist Peter Sagar is better known to the world as HOMESHAKE. Gaining international notoriety, his backcatague includes his essential debut record In The Shower, plus albums Midnight Snack, Fresh Air and Helium.

Last year saw the release of his latest LP Under The Weather, a wonderfully moody record which was born out of touring fatigue and elevated the world’s growing tension into a strangely beautiful sterile sound.

“Oftentimes when you’re in a dark place, you’re supposed to journal and that helps release the pressure. For me, it always found its way into the music.”

Reflective and resplendent, Under The Weather sees Sagar at his chillwave best and you can see HOMESHAKE when he heads out on the road in September – tickets already selling fast with Gigantic.

HOMESHAKE tickets are available with Gigantic.