Home Rock Nahko and Medicine for the People Tickets

Nahko and Medicine for the People 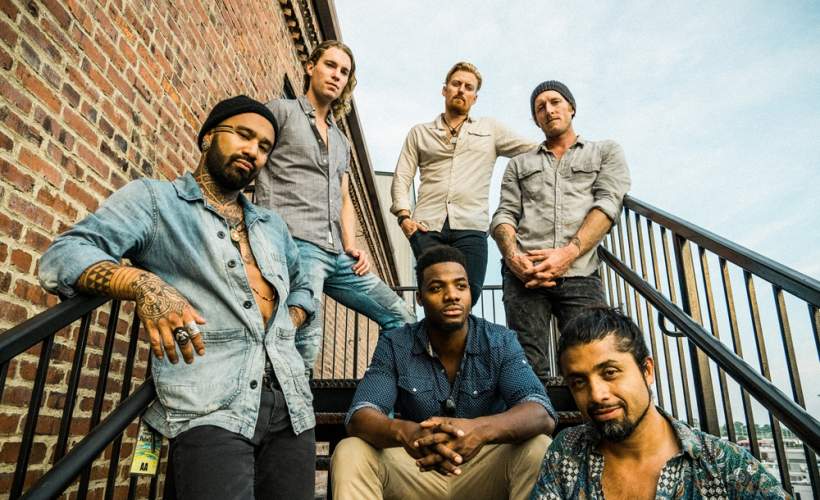 Some people go a lifetime without knowing their mission in life, without feeling they have true calling, and without knowing why they even do what they do. Nahko is not one of them. And that calling and mission has never been clearer than it is on Nahko and Medicine for the People' s third full length album, HOKA (SideOneDummy Records).

On HOKA , Nahko's voice is strong. His mission is clear. The mandate has been thrown down. "Hoka is a Lakota word, an indigenous tribe from the Great Plains, it is a call to action. It's what Crazy Horse would say when he went into battle, 'Hoka, hey!' My call is to put action to the words that I speak and the lyrics I sing. Not just to talk, but to do," says Oregonborn singer/songwriter Nahko, who is of Puerto Rican, Native American (Apache), and Filipino descent.

Nahko, an Oregon-native born a mix of Puerto Rican, Native American, and Filipino bloodlines considers himself a citizen in service to the planet. Disillusioned by the world around him and inspired by vagabond, Americana musicians and storytellers like Conor Oberst and Bob Dylan, Nahko left home as a teenager in search of adventure and self-discovery. Armed with stories, a guitar, and a fierce set of ideals, he set out to bridge the cultural gaps dividing his own psyche.

He began producing a public, musical journal of his journey toward personal, spiritual, and social healing, and thus Medicine for the People was born. Recently, Nahko discussed his successes, his philosophies, his music, and his life with Huffington Post, who called Nahko’s music “beautiful and stirring.” Nahko describes his music as a mix of hip‐hop and folk rock with a world message.

That's all we have for Nahko and Medicine for the People! Check out their upcoming shows