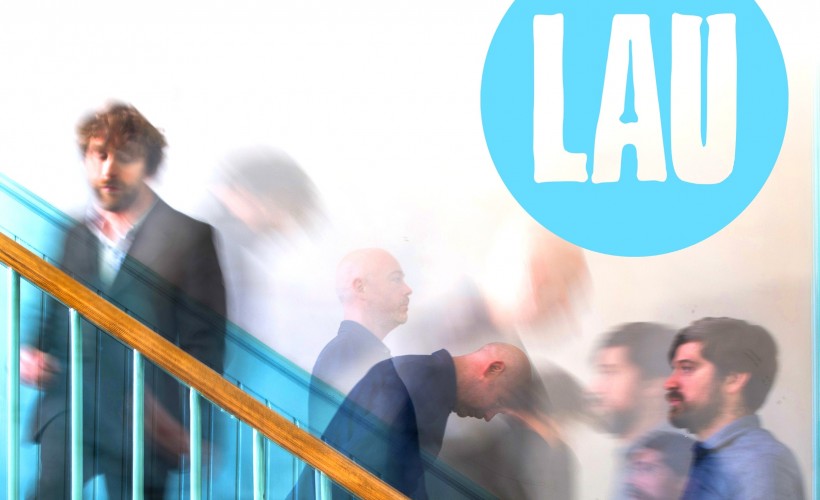 Folk heroes Lau are always impressive whenever they play live. They have just announced an exciting upcoming headline date in the UK for later in the year. See them play at St Barnabas Church in Cambridge on Monday 8th of June 2020.

Inventive folk band Lau take their name from an Orcadian word meaning natural light. They have to be widely regarded as the future sound pushing forward the genre and won Best Group at the 2008 BBC Folk Awards.

“Lau are an exhilarating live band, thanks to the often improvised, complex interplay between fiddle, accordion, guitar and electronica.” - The Guardian

Their band members include fiddler Aidan O’Rourke, multi-instrumentalist Martin Green and guitarist Kris Drever who is also the singer.

Formed in 2005, the band were quick to announce their arrival to the world releasing their debut album Lightweights And Gentlemen within two years. Their other album titles include Arc Light and Race The Loser.
Their latest record is entitled The Bell That Never Rang and was released in 2015. Recorded with Joan Wasser who is better known as Joan As Police Woman as producer, the record saw the band reach further than before and achieve a sound that beckons their future.

With only limited supplies of Lau concert tickets available you will have to act fast and book yours before they are all gone. Gigantic benefits from having ten years of experience providing you with excellent customer service on a huge range of essential gig tickets so you know you can trust us when booking your big night out.

An outstanding performance by three extremely talented musicians. Based in folk and expanded into electronic wizardry. Unlike anything else. Unless you've seen them before expect the unexpected. Plus the Union Chapel is, as always, a superb venue.

Union Chapel was a perfect venue for Lau. Very atmospheric setting. The facilities are minimalist but OK. Entry was poorly managed because people with electronic tickets took so long to get organised and scanned - there should be a queue for people with real tickets which are easy and quick to check. This was the only irritation. The idea of splitting into old and new worked as the new material was longer integrated pieces with emphasis on the electronics - quite a departure but a progression form the last album. It would have been good to know the expected timing of the concert beforehand. even the staff had no idea. Not everyone lives within Greater London and have to plan the journey home.

Brilliant performance - totally acoustic first half and something else in the second!

That's all we have for Lau! Check out their upcoming shows