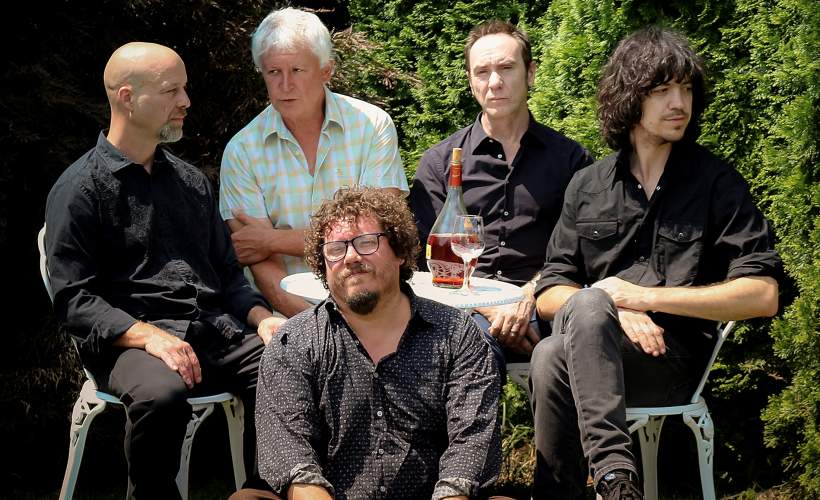 About Guided By Voices

Endearing and impassioned, Guided By Voices draw on garage rock, punk and even psychedelic influences which they pour into their truly prolific output.

We are very pleased to announce that Guided By Voices will be playing Village Underground in London on Wednesday 5th of June 2019, giving you the chance to see your favourite band play live!

With the excitement building amongst fans, the demand for Guided By Voices tickets is constantly growing so you will need to act fast and book yours before they all go. You can place your gig tickets order 24/7 using a tablet, computer or smartphone where ever you are; be it relaxing at home or busy and on the go.

With interest so high, it makes sense to set a personal reminder with Gigantic right now. That way, we can alert you with a text message or an email shortly before your Guided By Voices gig tickets are released at 10:00 on Friday 11th of January.

Formed in Dayton, Ohio during 1983, Guided By Voices remain a vital pillar of American LoFi indie rock. Having disbanded in 2004, fans are thrilled to have them return to the stage and studio.

Their prolific output has seen them release twenty seven albums in the past thirty three years, with two more LPs reportedly titled Zeppelin Over China and Rise Of The Ants expected to come out later this year.

Be sure you book your concert tickets well in advance to avoid any disappointment. With everyone excited and clamouring for Guided By Voices concert tickets you will need to act fast and get yours booked before they all go. Gigantic offers you superb customer service on a huge range of essential gig tickets so always choose us to make a stress-free booking for your big night out.

That's all we have for Guided By Voices! Check out their upcoming shows