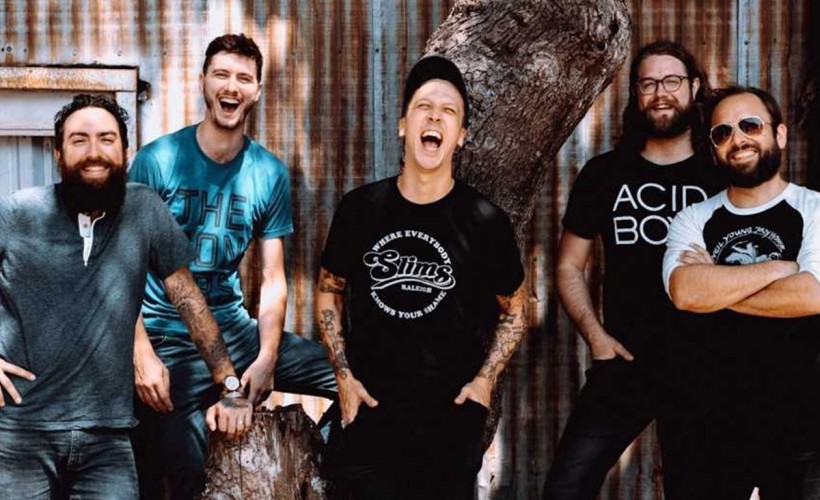 Americana band American Aquarium are heading to the UK to play Bristol’s Louisiana plus Night And Day at Manchester during October and The Borderline in London during November 2018.

We are very excited to offer you American Aquarium tickets. The word is spreading fast and so we do urge you to act fast and ensure you book yours before they are all snatched up. Placing your gig ticket order is made easy with Gigantic as you can access the site 24/7 whilst relaxing at home or busy on the go with a tablet, computer or smartphone.

With so much going on, it is easy to miss out from being so busy. So, make sure you set your personal reminder with Gigantic right now which means you will be sent a text message or an email just prior to the release of your favourite tickets at 10:00 on Friday 30th of March.

American Aquarium began releasing albums in 2006, drawing influence from bands like Whiskeytown and the Drive-By Truckers in the process. Formed in Raleigh, North Carolina -- the unofficial headquarters of alt-country -- the band focused on the songwriting of B.J. Barham, who fleshed out his lineup with pianist Zack Brown, bassist Bill Corbin, guitarist Ryan Johnson, drummer Kevin McClain, and pedal steel player Whit Wright. Despite an active touring schedule, the group also visited the recording studio regularly, and released a pair of independent albums before partnering with Last Chance Records for 2009's Dances for the Lonely. Fellow North Carolinian (and former dB’s frontman) Chris Stamey produced the record, which also featured guest vocals from Whiskeytown alumna Caitlin Cary.

Arriving a year later, their fourth record, Small Town Hymns, further established their penchant for gritty, Springsteen-ian anthems. 2012 proved to be a banner year for American Aquarium with the release of both their first concert album Live in Raleigh and their fifth (and most critically acclaimed) studio album, the Jason Isbell-produced Burn.Flicker.Die. Originally intended to be the group's swan song, the album instead ushered in a very successful period. Reinvigorated, they collaborated with producer Brad Cook (Megafaun) on their more alt-rock-inspired 2015 follow-up Wolves. A concert album, Live at Terminal West, appeared at the end of the year, documenting a show in Atlanta. About a year later, Barham released a stark, reflective solo album titled Rockingham, earning positive reviews for it. The band continued to play out, and told fans they'd be recording during 2017, but early in the year, Barham announced that the lineup had dissolved, and that after a solo tour, he would begin recording sessions with a different lineup of American Aquarium.

With only limited supplies of American Aquarium concert tickets being made available you cannot hang around as they will go quickly and you do not want to be disappointed. Award winning ticket vendor Gigantic has been providing excellent customer service for ten years so you know we are the right place to get your essential gig tickets whenever you are booking for your big night out.

That's all we have for American Aquarium! Check out their upcoming shows