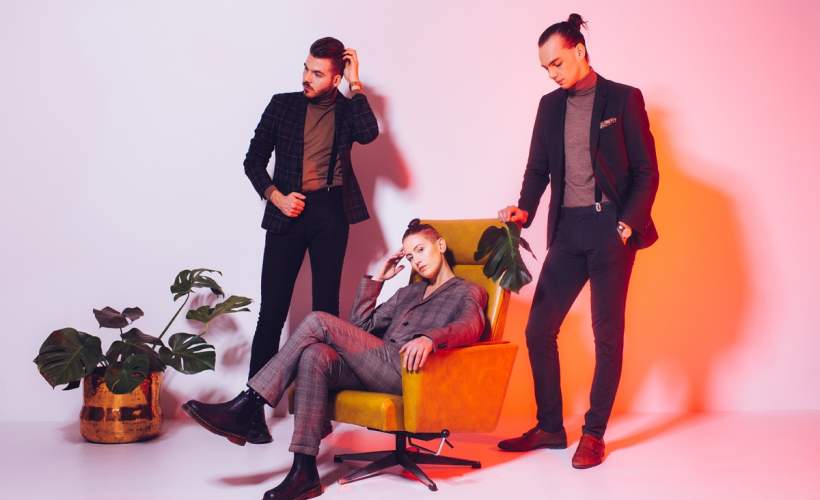 Vök have just announced a UK tour, to the delight of their fans. You can catch them at Bristol Exchange, The Deaf Institute in Manchester, The Bodega at Nottingham and London Oslo during March 2018.

We know just how excited you are to get your hands on Vök tickets, but the demand is constantly growing so you will need to book early or run the risk of missing out. But don’t worry, placing an order for your favourite gig tickets is made easy with Gigantic because you can access our out site using your smartphone, tablet or computer 24/7 whilst relaxing at home or on the go.

Vök (named after the Icelandic word for ‘hole in the ice’) are an electronic dream-pop band based in Reykjavík, initially formed by Margrét Rán (vocals, guitar, keyboards), Andri Mar (saxophone, synths) in 2013. Vök first gained recognition within months of forming when they won Iceland’s prestigious Músíktilraunir (‘Music Experiments’), a battle of the bands contest where past alumni winners include Mammút, Of Monsters And Men, and Samaris. Their triumph soon led to the recording and release of their debut EP ‘Tension’ through Icelandic label Record Records -- to a slew of positive and glowing reviews.

Soon after they became a four-piece with - lafur Alexander (guitar, bass) and Einar Stef (drums) joining the band -- they began to further mark themselves out as rising innovators of smart, atmospheric jams on their second EP ‘Circles’. Hailed by Noisey as “channelling the Beach soundtrack via 1980s synth pop and the modern sexiness of The Knife,” the Circles EP won them even more positive praise and key tastemaker support.

After playing shows and festivals in Europe, winning many new fans along the way with their brand of dreamy electronics with melodic vocals, the band soon caught the attention of Nettwerk Music Group, who instantly signed them for an international record deal. April 2017 saw the release of their highly anticipated debut LP ‘Figure’ to critical acclaim. Produced by Jack Garrett collaborator Brett Cox, The Line of Best Fit hailed it a "brilliant debut album”. Vök latest headline tour saw them sell out numerous venues across Europe.
We are really excited to be able to offer you Vök concert tickets, but as there is a limit on availability you will need to book yours before they all get snatched up. Gigantic is famed for being the best place to choose from a huge selection of the most in demand gig tickets, and with our excellent dedicated customer services team on hand to help with your every query we are always the best place to come to whenever you are booking for your big night out. No wonder Nottingham Post gave Gigantic their illustrious ‘Retail Business of the Year 2017’ award.

Really good performance as usual. If you want to see something out of the ordinary see these guys. You will not be let down. Listen to their albums you will be dying to see them.

I like a lot of Icelandic artists but I had not yet listened to Vok until a few months ago - on recommendation I booked for this gig and then bought the album. Small venues are always a preference too. The band have great chemistry and I really really enjoyed the gig. I also love it when an artist will stay to sign at the merch table - to be able to buy direct from the artist so they get all the sale is important to me and to be able to get it signed and say thank you is great too. would love to see them again. The venue was cool and the sound quality was really good.

That's all we have for Vök! Check out their upcoming shows