Trudy and the Romance 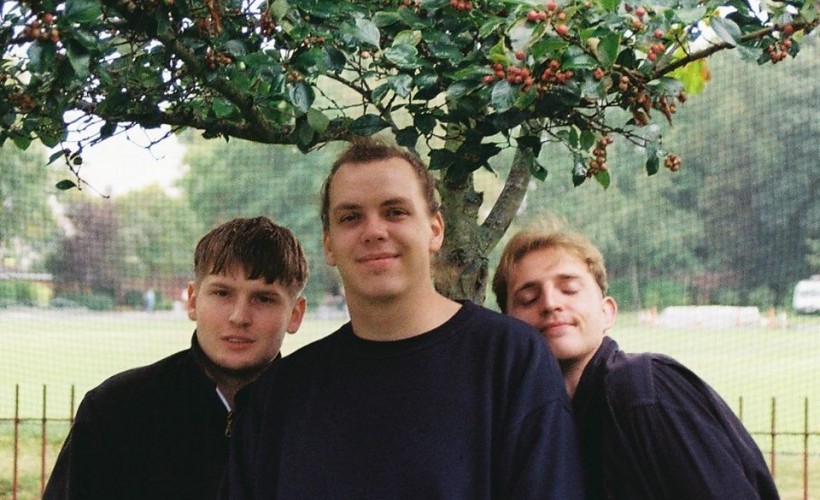 About Trudy and the Romance

Merging a woozy off kilter skiffle with burst of energetic garage rock and frequent freak outs, Trudy and the Romance have one foot in the past whilst confidently striding into the future. This wild headrush of styles captures the crazed feelings of love, with all the lust, romance and heartbreak that comes with it.

After playing support for The Big Moon, the band have attracted a lot of fans whilst on tour and are now primed to blow up in 2018.

“If anyone’s gonna do anything from Liverpool in the next 12 months, it’ll be this lot” - NME

“Impossible to pin down, they deliver a drunken, stumbling, shambolic rock ’n roll that somehow keeps its shit together when the going gets tough. Truly, Trudy are something very special indeed” - DIY

“The off-kilter genre is a fusion of grungy garage rock and doo-wop-inspired instrumentals, combined with the metamorphic nature of frontman Oliver Taylor, whose voice seamlessly transitions between a fragile falsetto and guttural growls” - Consequence of Sound

They have just announced two major gigs including The Hope And Ruin at Brighton and The Bodega in Nottingham during October 2019.

Trudy and the Romance tickets can be yours through Gigantic. Having exploded onto the scene they are blowing away every audience who return in even great numbers so book yours before they are all gone.

We know that Trudy and the Romance tickets gig tickets are going to sell very quickly, so it is so important to be ready for them. Set a personal reminder with Gigantic which will alert you with an email or text message just before they are released at 10:00 on Thursday 9th of May.

The Scouse lads have certainly been busy. Whilst touring the country they caught the ear of indie aficionado Steve Lamacq who they can now count as one of their growing fans. After seeing them play to a packed-out London audience whilst headlining The Victoria he declared them his Artist Of The Week and began pushing them with prominent airplay. They also have been included in the Best Of BBC Introducing by Huw Stephen’s on BBC Radio 1 and played by John Kennedy on Radio X.

Everyone is looking to discover this up and coming band, so book your Trudy and the Romance concert ticket quickly or risk missing out. Gigantic is always on the cutting edge, offering essential gig tickets for the latest acts. So, make us your first choice when looking for sorting out your next big night and enjoy being amongst the first seeing the next big thing.

Trudy and the Romance take part in Independent Venue Week 2018.

Trudy And The Romance // Mona

That's all we have for Trudy and the Romance! Check out their upcoming shows