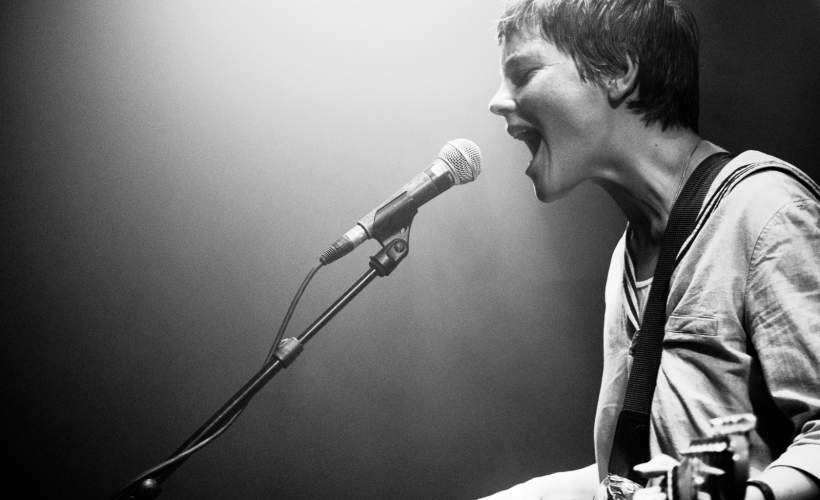 Tweet
Scout Niblett takes everything from indie rock, to blues and folk in her stunning music. The Staffordshire born song writer has enjoyed a lengthy career, having adopted the name and performed since the early 2000’s.

Make sure you seize the chance to see this very special musician when she plays a headline set at The Moth Club in London on Monday 11th of May 2020.

Now is your chance to book your Scout Niblett tickets with Gigantic, we are very excited and as demand grows it makes sense to act fast and get yours before they are all taken. Gigantic makes selecting your favourite tickets and placing your order easy by enabling access to our site 24/7 using your smartphone, tablet or computer whilst relaxing at home or even busy and on the go.

We also highly recommend that you set a personal reminder right now, and then we can alert you when Scout Niblett gig tickets become available at 10:00 on Friday 24th of January with an email or a text message.

Scout Niblett is Nottingham, England's answer to all the brash, intelligent, and honest female songwriters who emerged from America during the early 21st century. Continually compared to Cat Power and fellow countrywoman PJ Harvey, Niblett (real name: Emma Louise) proved her own merit with a strong, stark voice and a penchant for spartan songs containing only drums and vocals. She also became known for her eccentricity, which included a fondness for wigs. Her lyrics, however, displayed a more serious side, creating their own place where love and its complementary senses ruled and took on their own lives. While often playing solo, Niblett also utilized a revolving cast of bandmates from time to time, as well as the frequent assistance of producer Steve Albini.

Taking her stage name from Harper Lee's famed novel To Kill a Mockingbird, Niblett first emerged as a musician in 2001, having contributed to a split 7" with Songs: Ohia on the Indiana-based Secretly Canadian Records. Her first full-length, Sweet Heart Fever, soon followed. Another 7" was released in 2002, and 2003 saw the release of both the I Conjure Series EP and I Am, the latter of which was recorded by the revered engineer Steve Albini at his Electrical Audio Studios in Chicago. An American tour in spring 2005 with the Kills coincided with the release of Kidnapped by Neptune, Niblett's debut for her new label, Too Pure. Continuing her partnership with Albini, she returned in October 2007 with This Fool Can Die Now (which also featured four duets with Will Oldham) and followed it up in 2010 with The Calcination of Scout Niblett, one of her most minimalist works to date. In 2013, she released the fiery, deeply personal It's Up to Emma.

Stocks for all events are limited, so you will have to book your Scout Niblett concert tickets early or run the risk of missing out. Gigantic has been proud to provide excellent customer service for ten years, so you know we are the right place to book your essential gig tickets whenever you are planning your big night out.