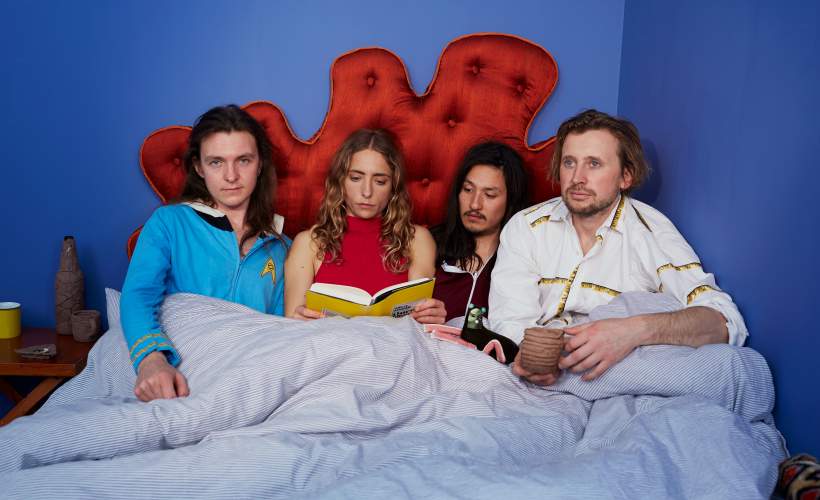 Pumarosa have just announced a major gig at Bristol’s Thekla taking place on Monday 25th of November 2019. Make sure you are there!

Brand new London based five-piece Pumarosa have been setting the airwaves alight with their new industrial spiritual sound. Dark, brooding and heavy, there is definite influences from such essential musicians as songwriter PJ Harvey, curious electronica artists The Knife and the ethereal soundscapes of Cocteau Twins.

They released their debut single Priestess through cool label Chess Club Records in 2015 and immediately attracted huge media interest. Having only been out for little over a year, it certainly has been a roller-coaster ride for them. The video for the single features Munox-Newsome’s sister Fernanda.

The band are aiming to release an album this year. But meanwhile the best way to hear them is at their upcoming exciting live dates. Word is getting around of these essential live performances which are not to be missed.

Pumarosa gig tickets are expected to go very quickly so we really advise you to book early or run the risk of missing out entirely!

Pumarosa Have Been Added To Truck Festival Line Up

Amazing atmospheric music - makes it feel great to be alive!

That's all we have for Pumarosa! Check out their upcoming shows