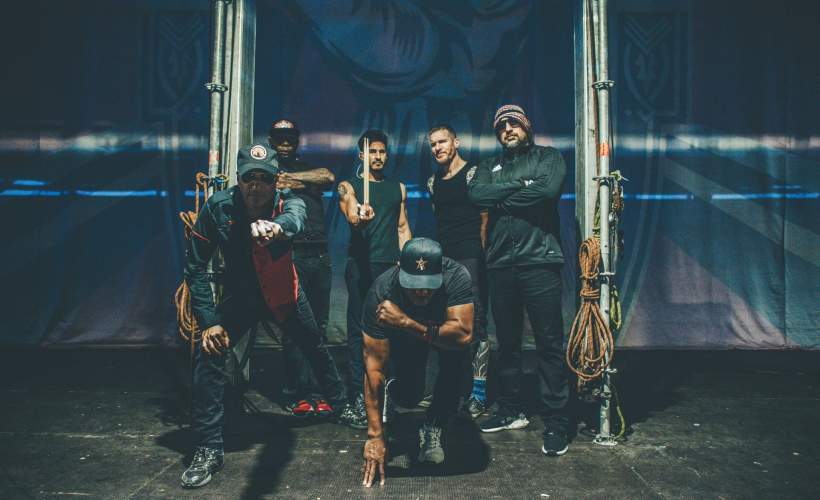 About Prophets Of Rage

Fierce in attitude and fearless in delivery, spitting bars of truth that explode like bombs in the ears of their audience. They are Prophets Of Rage.

The rock / rap supergroup unites drummer Brad Wilk, guitarist Tom Morello and bassist Timothy Commerford of Rage Against The Machine with DJ Lord and Chuck D of Public Enemy plus rapper B-Real from Cyprus Hill to create a true wealth of sound to be shared with the world.

The formed in retaliation to the rise of reactionalism that developed during the recent American presidential elections.

See them take over O2 Forum in London on Monday 13th of November, 2017.
We are excited to soon release Prophets Of Rage tickets. Expected to sell incredibly quickly, you can set a personal reminder with Gigantic to alert you with a text message or email when they become available at 10:00 on Friday 15th of September.


Taking the name from the tit of the incendiary Public Enemy song of the same name from the seminal album It Takes A Nation Of Millions To Hold Us Back, making their dedication to resistance immediately and overtly clear.

Their first live performance took place on January 20th 2016. They hit the road for most of the year with their Make America Rage Again Tour. Now they extend this to the international level with the Make The World Rage Again tour.

Make sure you book your Prophets Of Rage concert tickets early, before they are all snatched up. Gigantic has been providing our customers with excellent customer service on a huge range of essential gig tickets for ten years, so you know we are the best place to book your big night out.

Gigantic has tickets for Prophets Of Rage

Get Ready To Rock!

The whole gig was totally amazing. Came out smelly of sweat, beer and weed.

Fantastic Band & night. Would’ve been 5 stars if price was slightly cheaper. Other than that, top marks!

That's all we have for Prophets Of Rage! Check out their upcoming shows