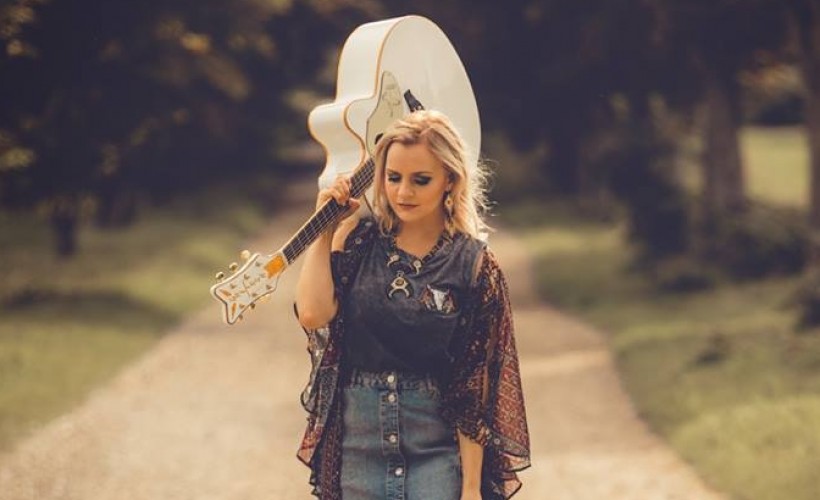 Philippa Hanna is one of the countries most prolific country singers, having released four studio albums and made frequent incredible live performances.

She has just announced a Spring 2018 tour which takes her to O2 Academy2 Birmingham, Night And Day at Manchester, Bush Hall in London and Sheffield’s Plug during April.

As the word spreads, the demand for Philippa Hanna tickets grows so we really urge you to make sure you book yours early to avoid disappointment! Placing an order is made easy with Gigantic as you can access our easy-to-use site 24/7 with a computer, tablet or smartphone whilst busy on the go or from the comfort of your own home.

In a busy world it is easy to miss out, so it makes sense to place a personal reminder with Gigantic. Once placed, we will alert you with a text message or an email just prior to their release at 10:00 on Friday 12th of January.

Following the release of her chart-topping album Come Back Fighting, Philippa Hanna will be heading out on the road this April for her most exciting run of headline shows to date. Her country-tinged 6th release hit Number 1 on the iTunes UK Country Chart on the day of release and topped the OCC Christian & Gospel chart in December 2017.

Fans can expect to hear Off The Wagon, the lead single that has drawn comparisons with the likes of Dolly Parton as well as the acoustic reggae-infused Dorothy and the hard-hitting bluesy title track Come Back Fighting. In additional to established favourites and classic country covers, Philippa will be championing upcoming singles Getting On With Life and The Hero.

Joined by a small ensemble of accompanists on stage, in her signature style, Philippa will share the stories and insights behind the songs in tandem with her daily inspirational YouTube blog.

Having captivated UK audiences on tours supporting Lionel Richie, Leona Lewis, Anastacia, Wet Wet Wet, Collabro & Rebecca Ferguson, her reputation as an outstanding acoustic entertainer is hard to rival. With just 4 dates planned for the tour, fans are advised to get tickets early to avoid disappointment.

Everyone is excited, and we at Gigantic expect our limited supplies of Philippa Hannaconcert tickets to sell very quickly - so make sure you book yours before they all go!

Gigantic is famed for its excellent customer service which led to the Nottingham Post bestowing their illustrious ‘Retail Business of the Year 2017’ award last year. So, choose from our wide range of essential gig tickets and know we are the best place to come whenever you are planning your big night out!

First time I've been to Night & Day Cafe and saw the all the acts live. A thoroughly enjoyable evening with great music. Everyone had fun. Loved the whole night.

That's all we have for Philippa Hanna! Check out their upcoming shows